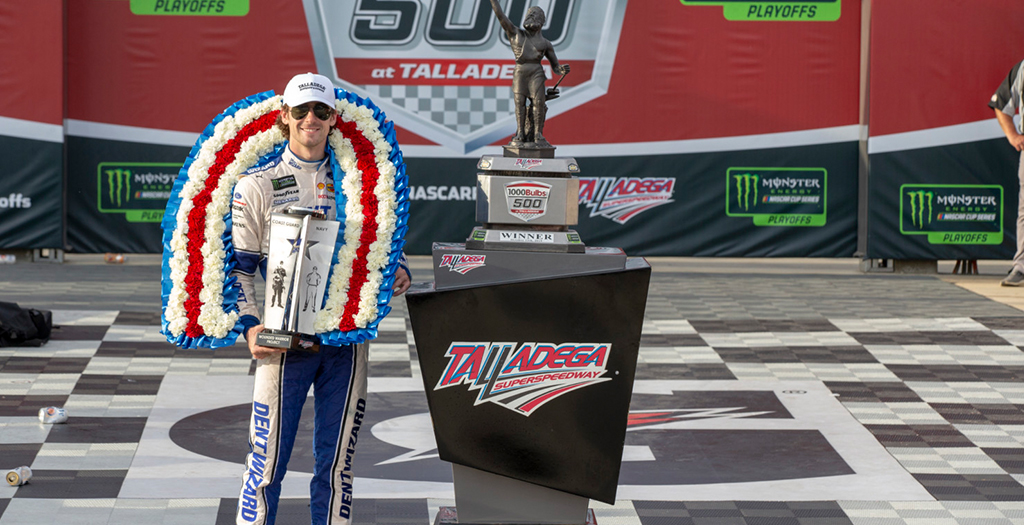 Ryan Blaney is entering his third year with Team Penske in the NASCAR Cup Series, but it’s also his contract season and will have championship-winning crew chief Todd Gordon on top of the pit box.

Similar to team rival Stewart-Haas Racing, the shuffle was done in the interest of establishing fresh growth as Gordon spent the past seven seasons with Joey Logano, highlighted with a 2017 Cup title.

“As we do after the completion of each season, we evaluated what we can do to better achieve our goals and we felt it was time to make these changes to better position us to reach our potential,” Roger Penske on the changes. “We are fortunate that we have three very strong leaders in Paul, Todd and Jeremy, who work with experienced and talented crews. Pairing each of these winning teams with different drivers and cars should provide new energy and a fresh approach for the 2020 season.”

Prior to the changes, Blaney and his now former crew chief Jeremy Bullins backed up their 2018 success with an even better 2019 campaign.

Not only it marked the 26-year-old’s first-ever top-10 points finish (seventh) of his career, but proved to be a consistent one with 11 top-fives and 18 top-10s (both career-highs).

Blaney’s qualifying performances took a hit by just scoring a pole at the spring Phoenix race compared to three in 2018. His average start dipped from a 9.4 to a 12.3, the worst of the three Penske drivers as Brad Keselowski (10.0) and Joey Logano (10.3) were a bit ahead in the starting grid.

While qualifying wasn’t Blaney’s high point, his race runs proved to be one of the better ones among the Penske trio.

One of them was the Food City 500 at Bristol where he had another strong showing by leading 158 of 500 laps. Like his other attempts, Blaney came up short of capturing that elusive win at “Thunder Valley,” finishing a personal best of fourth.

From there, it would be awhile for Blaney to have strong results as he finished outside the top-10 the following seven races, his lowest point of the year.

Meanwhile, Keselowski and Logano would hit victory lane on multiple occasions until the summer stretch when Blaney became one of the only positive parts of Team Penske’s otherwise, disappointing 2019 Cup campaign.

During the fall Talladega race, Blaney finally put Penske back on top by beating Ryan Newman by the slimmest of margins, 0.007 seconds to be exact.

Blaney’s third Cup win brought much needed optimistic morale on the No. 12 team which he thinks about a lot, wanting nothing but the best for his race team. At the same time, he expressed his thoughts about being the guy that tends to win once a year, especially in the playoffs.

“I would like to have success in the regular season. You want to collect wins through the regular season and not wait until the playoffs. You don’t want to be a person that just wins one race a year,” Blaney commented days after his Talladega victory. “You could win no races a year, but you want to be able to be consistently in victory lane. That is the thing I look at. We did a good job of surviving and putting ourselves in a spot to capitalize but I don’t know, I think this team does great. I think it is where we should be running and be competitive for wins every week throughout the year. It is a shame.

“It isn’t a shame but I would like to get a couple wins throughout the regular season and continue it through the playoffs, not wait until playoff time. It isn’t like that is my plan, to wait until playoff time to get wins. I think this team rises to the occasion really well. Even if you are down, like after our bad race at Dover and having that problem, we weren’t defeated or anything like that.

“We knew what we had to do and kept ourselves in the game last week at Talladega. That is a big wild card race and we missed some big ones there and controlled the race and lost the lead and was able to get it back. I think that speaks about this team and their perseverance with everything.”

With his future unknown following the 2020 season, performance and team chemistry with his new crew chief will be key as Blaney’s (as well as Keselowski) contract negations that will be among the chatter throughout his fifth full-season.

Perhaps a win in the 62nd Daytona 500, which would mark Penske’s third “Great American Race” triumph, could encourage “The Captain” keeping one of the sport’s popular drivers for many years to come.