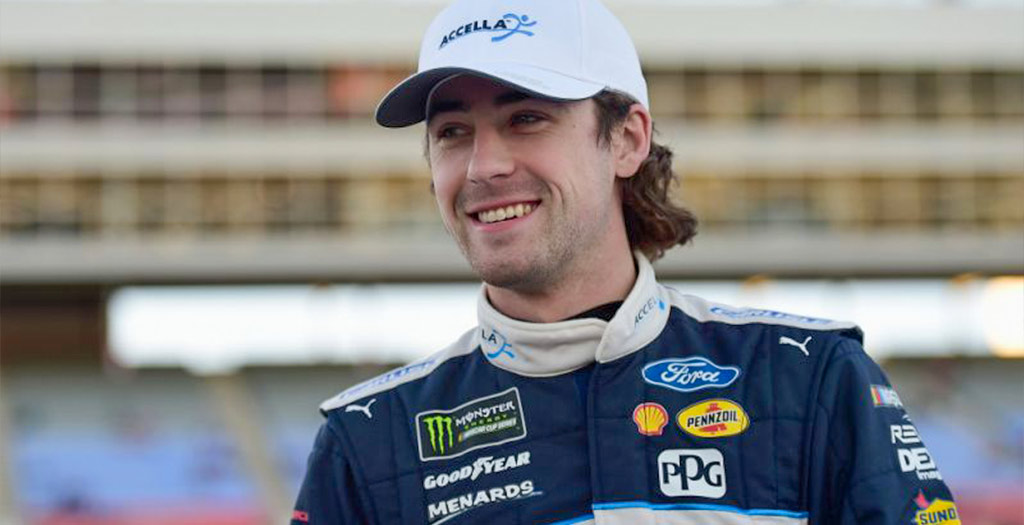 Ryan Blaney is in his fifth fulltime season and with each passing year, his statistics grow. Unfortunately, the two seasons he spent with the Wood Brothers have obscured his averages somewhat, which makes 2020 and his third year with Team Penske pivotal for fantasy handicappers.

Blaney had a lot of strong runs in the No. 21 while that team was affiliated with Penske, but the mid-pack efforts were not quite as strong.

Three career wins for Blaney are slightly skewed toward Penske. He won on the Charlotte Roval last year and at Talladega this year. Those are wild card races and he was elevated from third to first in the final turn on the road course. His win at Pocono in 2017 with the Wood Brothers was more conventional.

It’s when we look at Blaney’s top-fives that we start to better see his value. Blaney has a pair of second-place finishes with Penske that came on the similarly-configured, 1.5-mile tracks of Texas and Kentucky. Another third-place finish came with the Wood Brothers at Kansas in 2017.

Blaney’s four other third-place finishes run to a type. They came on the short, flat tracks of Martinsville and Phoenix, plus one at Sonoma. All three tracks require drivers to back up the corners and accelerate at the apex – a skill that requires patience.

He has three top-fives at Kansas, Las Vegas, and Martinsville. Blaney has two top-fives at Michigan, Phoenix, Talladega, and Texas. He has single top-fives on the unrestricted, intermediate speedways of Auto Club, Chicagoland, and Kentucky, on the short track of Bristol and the plate track of Daytona.

Blaney has been successful on flat tracks with top-fives at New Hampshire and Pocono.

But he seems to have been most consistent on the road courses with top fives on all three tracks: the Charlotte Roval, Sonoma, and Watkins Glen.

Blaney cannot be judged strictly on his past races, however; his third season with Team Penske should produce even greater results. Last year there was a bit of leveling going on at Penske. Joey Logano had the most consistent season and Brad Keselowski was strong at times.

Blaney was the top performing Penske driver six times in 2019. While his teammates started to struggle a bit in the second half, four of Blaney’s affiliate-leading runs came in the second half of the year at New Hampshire, Watkins Glen, Talladega, and Phoenix.

Part of what makes Blaney attractive to fantasy players, however, is how well the organization runs. Team Penske swept the top 10 eight times last year. And yet, despite the fact that all of them made the playoffs and landed in the top 10 in points, Roger Penske decided to shake things up during the off-season and rearrange the crew chief lineups for all three of his drivers. Blaney will be paired with Todd Gordon, who wrenched the No. 22 to within a single race of the Championship 4.

Blaney is eighth in this year’s preseason ranking because he has less experience relative to his teammates. Notably, we believe they will place all three drivers in the top 10 again this year and that puts them on par with Joe Gibbs Racing.