Ryan Blaney is no stranger to grassroots racing.

Long before he became a seven-time NASCAR Cup Series race winner and driver for Team Penske, Blaney honed his skills at short tracks across the Southeast.

It’s a time of his life that Blaney remembers fondly.

“When I started running late models at 14 years old, dad was off racing on the Cup side, and these guys that I was racing around, some of them were double my age or triple my age,” Blaney recalled, speaking at the 2022 Advance My Track Challenge launch at the NASCAR Hall of Fame in Charlotte, North Carolina. “They kind of raise you on the weekends, kind of like a second family.

“You go back and you realize just how important those tracks were and those people were.”

During the 2010 and ’11 seasons, Blaney ran the full Pro All Stars Series South schedule in addition to select races with other series.

The rest, as they say, is history. 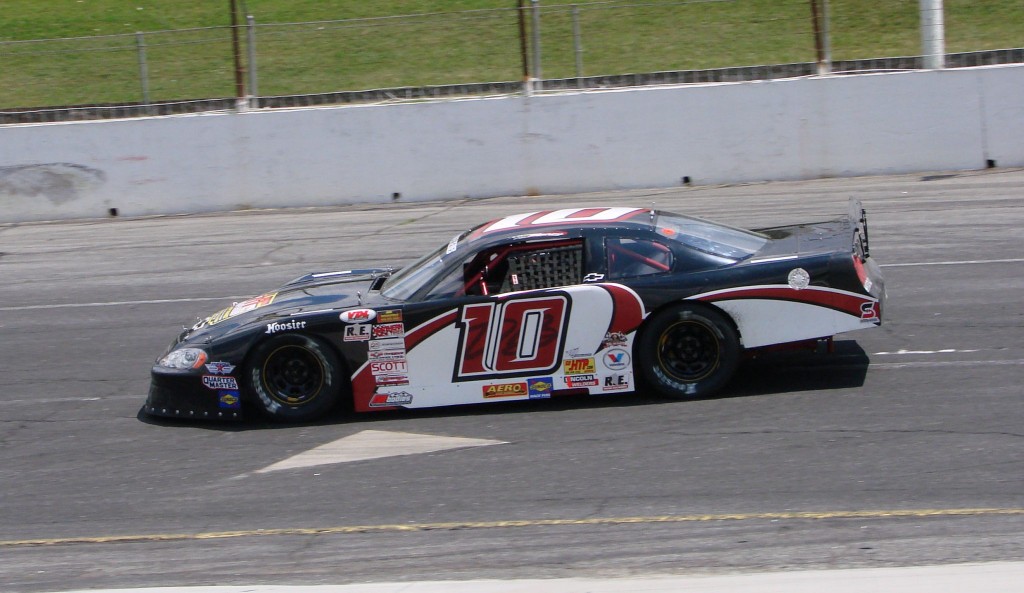 “I can’t remember one particular moment; there were a lot of really good ones,” Blaney said when asked if he had a favorite grassroots racing memory. “Just racing hard with a lot of really good guys back in the day. The Preston Peltiers, your Ben Rowes and getting into scuffles with them. I saw Preston a couple years ago and we laughed about it, and we’re really good friends. It’s fun to look back on those things and really reminisce.

“They taught me a lot about racing, all those guys whether they were twice my age or my age. I made a lot of good memories with them. Just really neat to be a part of a traveling series week in and week out and you make friends and hopefully not that many enemies.”

“That’s why we partnered with Ryan and the entire Team Penske team, because they stand for supporting racing at all levels,” said Jason McDonell, executive vice president of merchandising, marketing and e-Commerce for Advance Auto Parts. “Ryan and his dad in particular, who obviously have an affiliation with their own track (Sharon Speedway in Hartford, Ohio), and Ryan really spends time thinking and really reminiscing about his youth in terms of what got him to where he is today.

“It was local short track racing, all up here in North Carolina outside of High Point. That’s where he actually learned to drive a late model, and now he’s driving on Sunday. For us, it was the perfect marriage of having a great driver and a great family in a sport that is all about families and is about communities.”

As part of Advance’s support of grassroots racing, the organization announced Tuesday the return of the Advance My Track Challenge. The program spotlights NASCAR short tracks in communities across North America, with one lucky track taking home a $50,000 grand prize.

“The fact that Advance wants to give back to these local short tracks and grassroots of racing just means so much and their commitment to want to see motorsports in general continue to thrive and continue to succeed,” Blaney said. “I couldn’t think of a better partner to be with. It was a huge success last year.

“I’m fortunate for me as a driver to be involved with a company like this that wants to do these amazing things to help these tracks around the country.”

Though he’s extremely busy with his NASCAR responsibilities these days, Blaney admitted he isn’t against the idea of getting back to his roots and racing a Super Late Model at some point in the future.

“I wouldn’t mind,” Blaney said about potentially returning to grassroots racing. “I’m so removed from the Super Late Model world. I haven’t run those things in so long. I don’t even know what cars are good now a days.

“I’d love to go back and run a little bit. Just kind of hard to do it currently. I’d love to maybe jump in it,” Blaney continued. “I’m working on trying to branch out and just kind of run some local stuff. I know Advance would love it.”