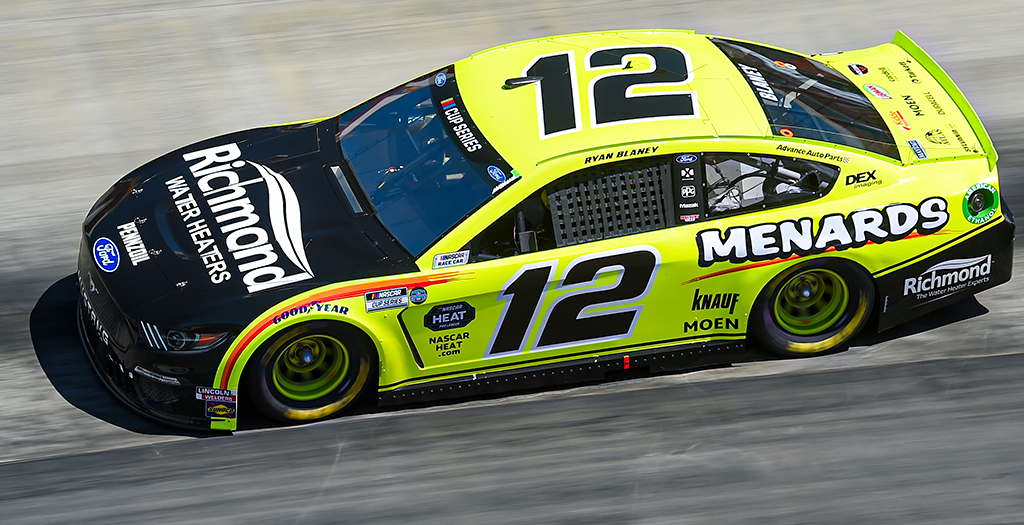 BAD LUCK FOR BLANEY AT BRISTOL

Quote: “I was running up there for a little bit. I did not think I was that high and suddenly I hit a slick spot. I was way high and that is obviously not where I wanted to be, but I did not think I was that high getting in there. It might have just been trying to get too much and got in the marbles and spun out. I thought we were going be okay and then we got destroyed about six seconds later, so that’s just Bristol. I probably should not have been pushing that hard, but I was trying to get back to the lead. I thought we found some speed up there, just a mistake on my part. I hate it for Menards and Richmond and everybody on this No. 12 team. After having two strong weeks, you go and you wreck not even halfway, so that is just a bummer. We’ll go to Atlanta and see what we can do.”