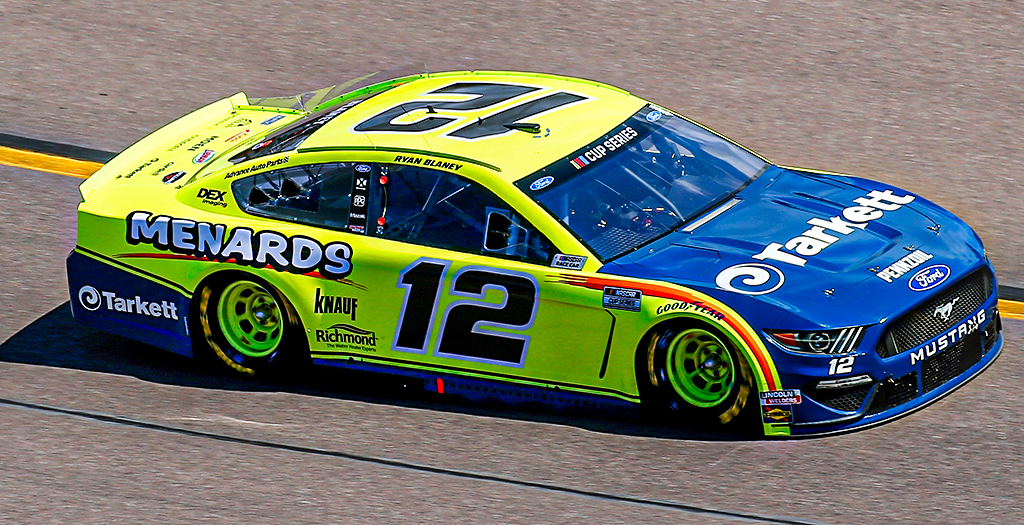 BAD LUCK FOR BLANEY; CAUGHT UP IN RESTART WRECK

Quote: “I thought we were going to roll the top pretty good through turns three and four. It looked like the No. 11 (Hamlin) tried to send it in there below the No. 2 (Keselowski), got loose, hit him then overcorrected and got us. We got up in the dirt and right into the fence. It sucks to have it end so early in the race. I hate it especially for Menards/Tarkett and Ford. We weren’t great the first run but we made a big swing at it and we don’t know how that change was. It stinks to get taken out like that but we’ll just go on to Atlanta and see what we can do.”