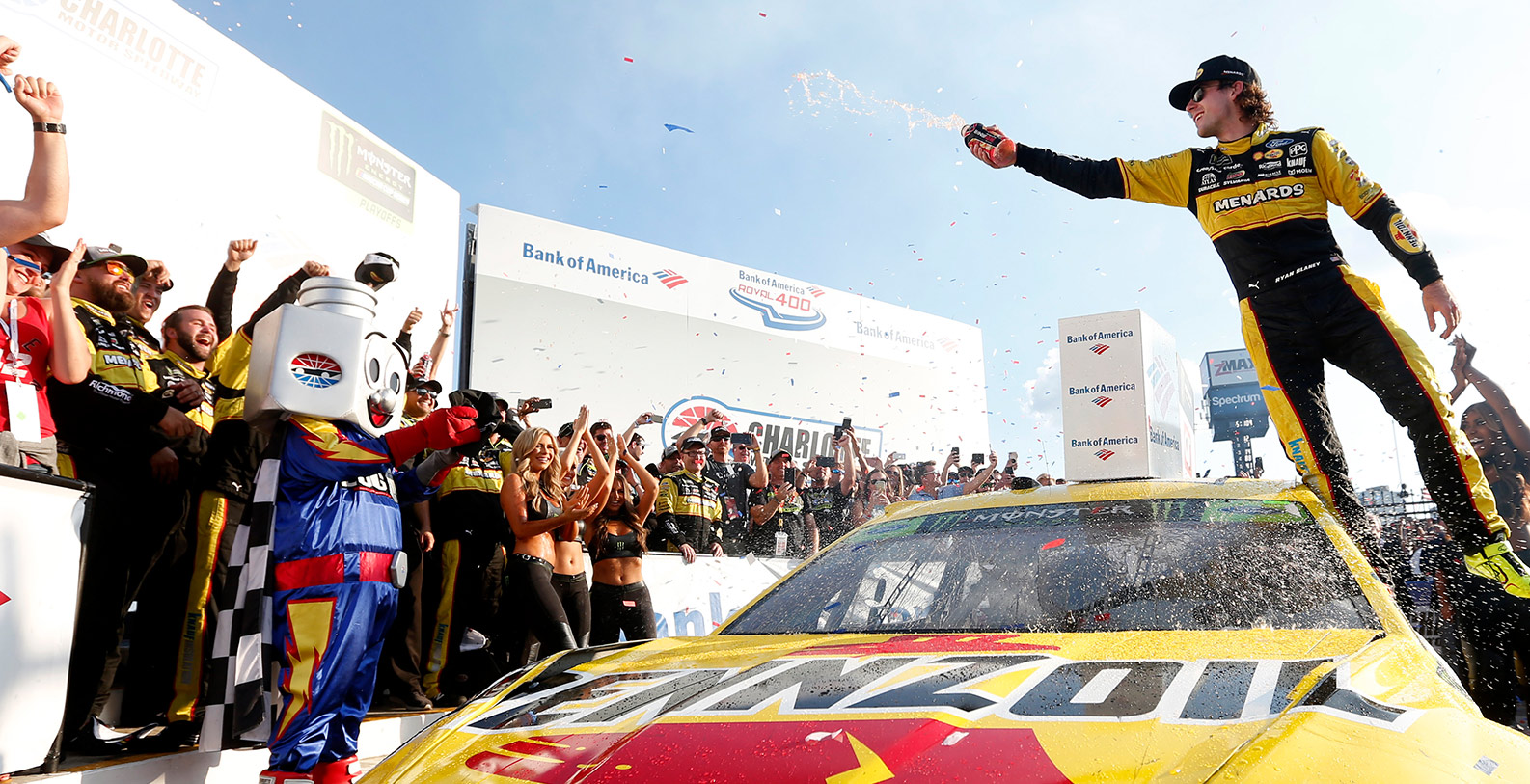 BLANEY BACK TO DEFEND

For obvious reasons, many people remember Ryan Blaney’s stunning “right time, right place” victory in last year’s inaugural race on the Charlotte Roval. He was running third on the last lap when race leader Martin Truex Jr. and second place Jimmie Johnson tangled approaching the finish line, allowing Blaney to drive through the mayhem and claim his only trophy of the season.

What some don’t remember is that Blaney actually led 15 laps earlier in the race and was a frontrunner most of the afternoon. The driver of the No. 12 Team Penske Ford would absolutely love that skill-fortune combo again this weekend. He’s ranked 10th in the championship standings with only a six-point cushion on 12th-place William Byron as the series competes in the first Playoff eliminator of the season. The top 12 of 16 Playoff drivers will advance to the next round following the outcome of Sunday afternoon’s Roval race.

Blaney has been competitive on the Cup road courses this season, finishing third at Sonoma, Calif. and fifth at Watkins Glen – both career bests for the fourth-year Cup driver.

He has a NASCAR road course win in the 2014 NASCAR Gander Outdoors Truck Series race at Bowmanville, Ontario, and he has a Charlotte Motor Speedway oval configuration win in the Xfinity Series in 2017.