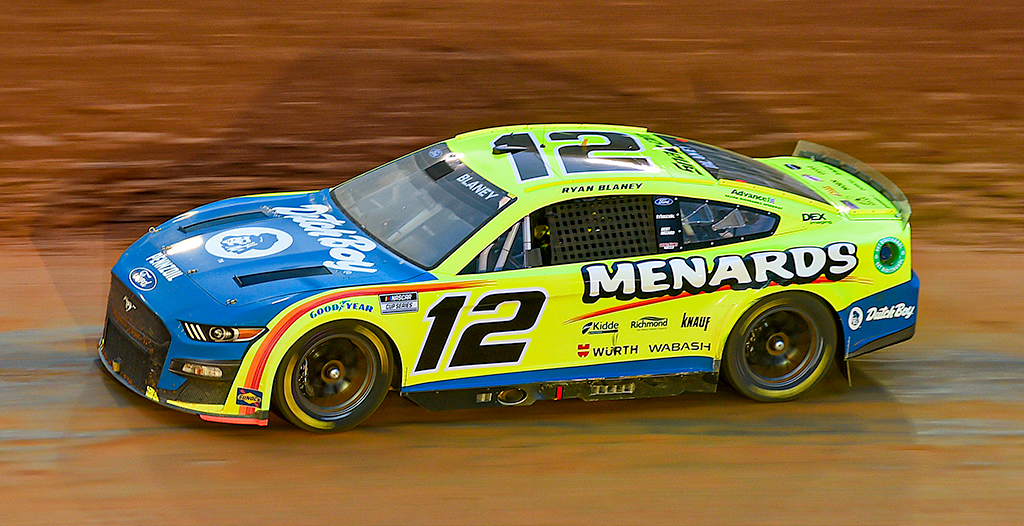 BLANEY BATTLES TO TOP-5 IN BRISTOL

Race Rundown: Ryan Blaney started 25th and finished fifth in Sunday night’s Food City Bristol Dirt Race with the No. 12 Menards/Dutch Boy Ford Mustang. Despite starting mid-pack, Blaney was able to race forward and finish ninth in the opening stage. Blaney continued in the top-10 for the second stage, even after having to restart multiple times on much-disadvantaged inside lane, bringing the No. 12 Mustang to the line in ninth position for the stage end. Blaney and the No. 12 Mustang team would remain on the track and cycle forward into the top-five where he’d battle until rain halted the action with 32 scheduled laps remaining. Over the final laps, Blaney would fight for a top-five finish with teammate Joey Logano, eventually coming home fifth.

Blaney’s Thoughts: “It was a pretty decent race for us.  We had to start 25th and come from the back and I thought our car was pretty fast.  I kept having to restart on the bottom and kept losing all the spots we’d gain.  Our car was good enough there at the end.  I thought I was faster than a couple guys ahead of me, but it was a fun race.  I thought the track was really good and you could move around.  The track was pretty wide, so I’m happy we got the whole race in.  That was nice and not a bad day.  We’ll just go on.”