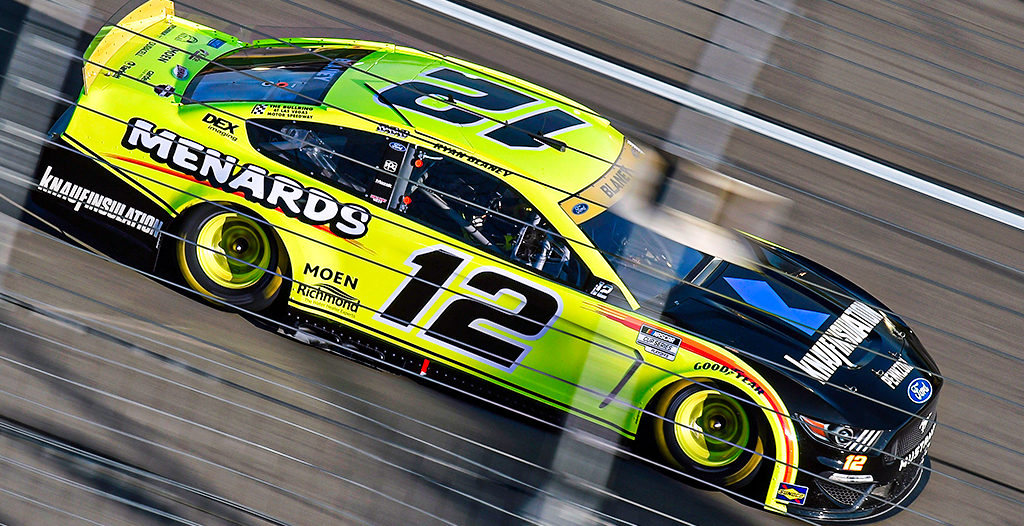 BLANEY GETS BEHIND THE EIGHT-BALL IN VEGAS, RALLIES FOR TOP-5 FINISH

Quote: “I thought a couple of cars were a little quicker than us. We got behind the eight-ball a little bit there in that second stage having to pit at the end and take the wave around. That hurt us. We had a fast enough Menards Ford Mustang to finish fifth. That is something to be proud of and we will go on to Talladega.”