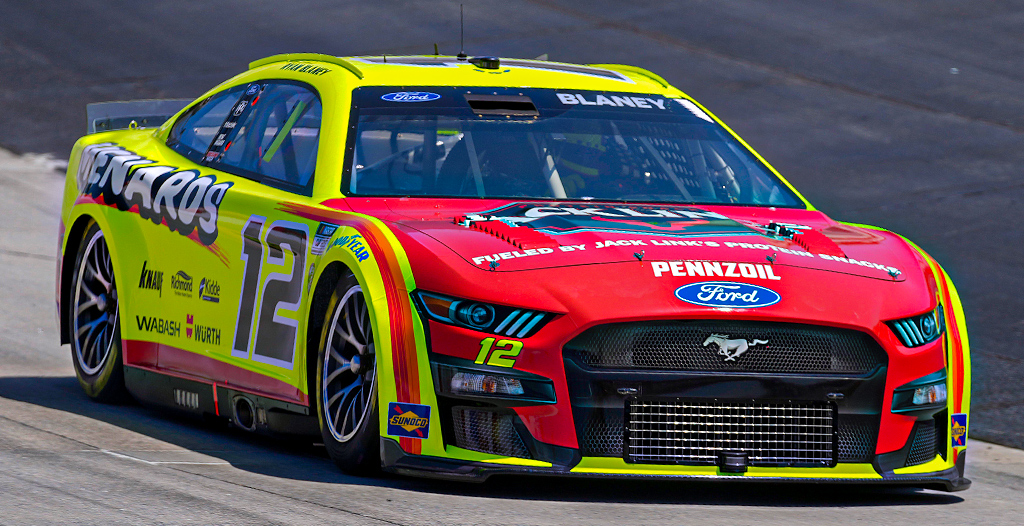 Race Rundown: Ryan Blaney started fifth and finished 26th in Monday’s rain-delayed NASCAR Cup Series race at Dover Motor Speedway. The driver of the Menards/Jack Links Ford Mustang fought track position woes and an untimely caution during the race . Blaney ran in top-10 much of the opening 70 laps before the rains came on Sunday, forcing the race to be postponed until Monday. When racing resumed, the Menards crew opted to make a toe adjustment after concerns about right front tire wear. The 12 team would roll the dice near the end of stage 2 – restarting first, Blaney managed to hold off Kyle Busch to win his fourth stage of 2022 while on older tires. He would have to restart outside the top-25 for the final stage and would gain a few spots back. Blaney would have to go into tire conservation mode near the end, which prompted a green flag pit stop. With the finish, Blaney remains second in the Cup Series standings.

Blaney’s Thoughts: “It was a tough day for our Menards/Jack Links Ford Mustang team. We battled balance issues and track position most of the day. Jonathan (Hassler) made a good call to say out and take a shot at winning the stage, which we did. After that, track position was hard to come by and had some bad luck after with the timing of the caution late. It stinks, but we’ll put it behind us and move on to Darlington.”