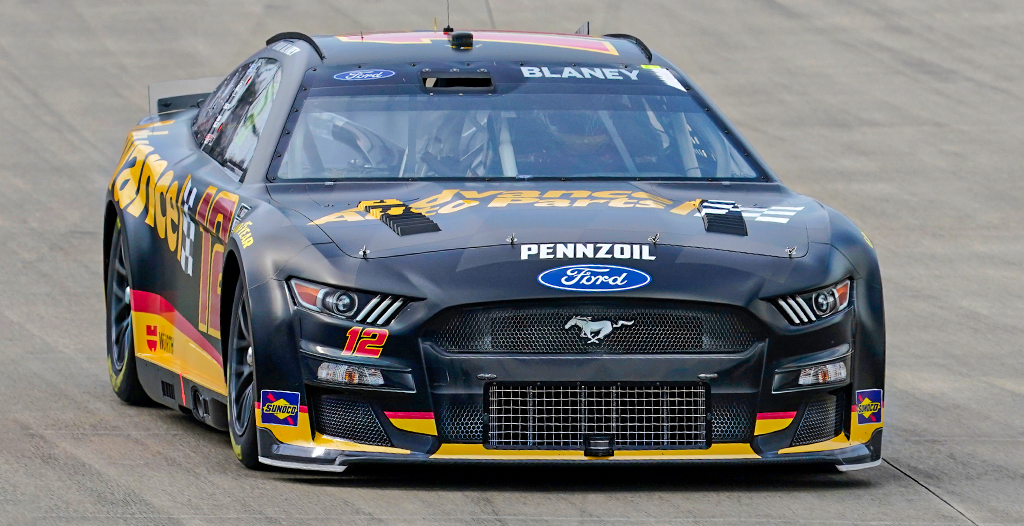 Race Rundown: Ryan Blaney started sixth and finished third in Sunday’s Ally 400 at Nashville Superspeedway. Blaney ran inside the top five much of the first stage. Strong pit service got the Advance Auto Parts Ford out in the top five as he came home third in stage 1. Following a lengthy rain and lightning delay prior to the end of stage 2, Blaney and the Advance Auto Parts team would finish a strong ninth in stage 2.  The final stage of the event was eventful, as Blaney would overcome a pit miscue and late-race spin to put himself in position to challenge for the win on a final restart with less than 10 laps to go.  Getting a good restart, Blaney would bring the Advance Auto Parts Mustang home in the third position at the end of the 300-lap event.

Blaney’s Thoughts: “I’m not sure as the race kind of kept progressing later into the night I thought we lost some ground between some of the other cars.  I thought hot and slick during the day we were pretty competitive and then something went down and I didn’t think we were as good.  I had to go to the back and then spun out trying too hard.  Jonathan made a good call to stay out the last stop.  Why not, running ninth and was able to run third, so that was a good call by him.  Overall, I wish it was in the hot and slick of the day because I thought we were a little bit more competitive, but not a bad finish.”