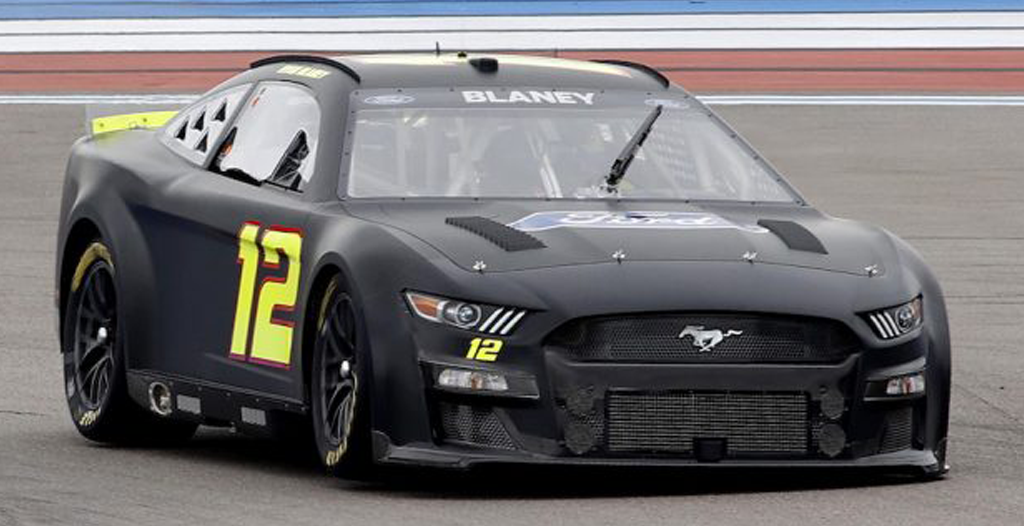 Team Penske driver Ryan Blaney was among the group and among the drivers who took questions from the media.

“I didn’t really know what to expect,” said Blaney, who is among the eight drivers still racing for the Cup Series championship. “I tested it at Texas about three or four months ago and it’s a way different deal than this. Through the infield this car is pretty neat. I mean, you can hustle the heck out of it.  The brakes on it are pretty amazing — a lot more than what we’ve got now.”

Blaney addressed the steering issue that most of the drivers and teams have experienced.

I think if you get the steering deal better, other than that we haven’t really had any problems and issues that I’m like, ‘We need to fix this and fix this.’  The heat side of it, I’d like to see a little bit better cooling inside the race car.  It’s not been bad the last two days.  It’s been kind of cool outside, so I haven’t really noticed.  You’re not baking in there.

“I know at Daytona drivers said they were, but it was a little bit different it was a hotter down there, but you still have to get the things to where you’re not cooking turkeys inside the race car.  I think it’s close.  I think they’ve done a good job of developing it and that’s what all these tests the last two days and the three or four tests coming up in the winter is to try and work some of the bugs out and I think it’s getting there.”

Blaney said transitioning to the new car is a learning process for the crews and the drivers.

“I have no guidance right now in these cars,” Blaney said. “I’m a blind squirrel out there just like they are trying to work on this thing and trying to figure out the best way to go about stuff.  They obviously know a lot more about making changes and building it more than I do.  The best I can do is give the best feedback I can on changes we make because you’re not putting track bars down, you’re not messing with truck arms.

“Everything is different and some of the changes we made were like, ‘OK, this is we think a comparison of like putting the track bar down.’  I’m like, ‘OK, does it do what I think it’s supposed to do?’  I don’t know.

“So a lot of it is a new experience for us as drivers, just trying to figure out what changes do what because we don’t know,” Blaney added. “A lot of the things we’ve done over the last couple days, some of them have done the opposite of what we predicted it to do.  That’s just the learning curve of everything, so we’re all learning together and I think these two days are really nice for everybody to kind of sit around and just gather data of everything.  Yeah, we have one data car and you’re kind of looking at everything and stuff like that, but we’re all learning together.”