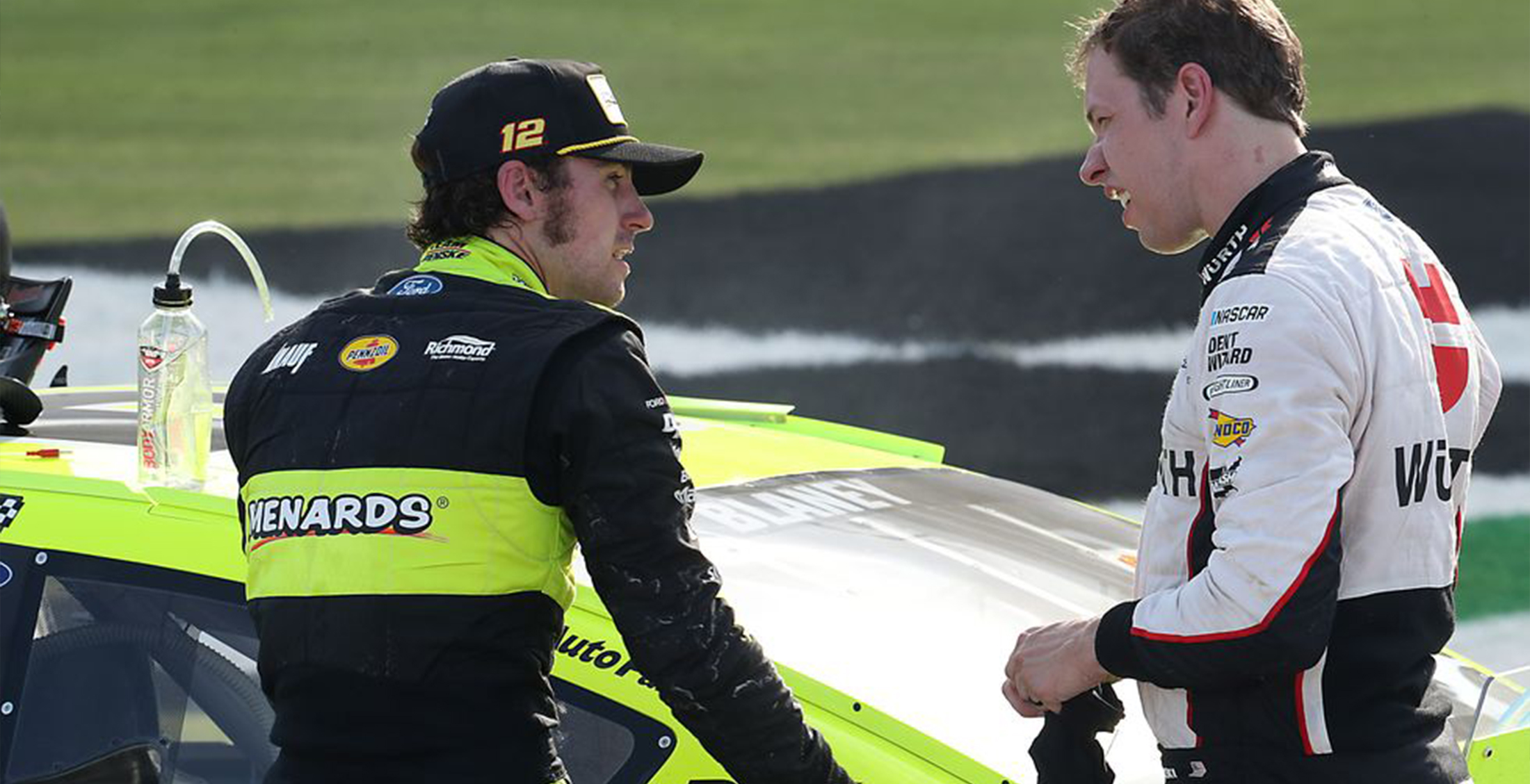 BLANEY: ‘WHAT IN THE HELL DO WE NEED TO DO TO HAVE THINGS GO OUR WAY?’

By most every metric, Ryan Blaney has enjoyed a breakout season, but the case could be made that he is a handful of misfortunes short of joining Denny Hamlin and Kevin Harvick as the NASCAR Cup Series championship favorites.

The 26-year-old led 150 of the 334 laps on Sunday in the O’Reily Auto Parts 500, including a sweep of the first two stages, but he finished seventh due to things out of his control over the final 30 laps at Texas Motor Speedway.

It appeared as if the race would be decided between Blaney and Denny Hamlin as the final round of green flag pit stops came to a close. Hamlin had just taken the lead on a two-tire strategy play by crew chief Chris Gabehart, but Blaney was starting to make time back up.

That’s when Quin Houff triggered the penultimate caution for a crash with Christopher Bell and Matt DiBenedetto while trying to get to pit road.

That trapped Blaney one lap down—eligible for the waive around when the remaining leaders came down pit road—but he was still trapped in the mid-pack before the final 15 laps.

Hamlin was involved in two crashes and finished 22nd. For his part, Blaney ultimately worked his way back to seventh, unable to overcome the dirty air and lack of falloff from those who restarted on older tires.

“Honestly, I don’t know what the opposite material of a golden horseshoe is, but we’ve found it,” Blaney said after the race. “We’ve just kind of been unlucky a lot of the year with really fast cars and just cautions when we didn’t need them or just bad breaks. Gosh, we feel like we should have four or five wins at this point. We’ve had cars to do it, and it just doesn’t play out for us, but I’m proud of the speed that we have.

“I feel like we can go up there and compete with [Harvick] and [Hamlin] and some of the best guys that have gotten all those wins this year, we’ve just got to be able to have things go our way. I feel like we’re doing a lot of things right; it’s just some bad circumstances.”

Playoff points are the order in which drivers will be reseeded during each round of the playoffs when they start in two months.

Blaney can point to several races in which he could have won and added to that playoff point total. Last weekend at Kentucky, the Team Penske No. 12 had one of the most competitive cars but struck an apron bump on the final lap of the overtime finish.

He was leading before the coronavirus shutdown in March at Las Vegas, when a decision to pit after a late caution denied him a sure win. The next week, he was closing on leader Alex Bowman when he suffered a tire failure.

He’s led the third most laps this year, and in 12 of 17 overall races, but just hasn’t been able to close out when wins seem within reach.

“To a point, it’s frustrating when it happens,” Blaney said. “You’re like, ‘Man, bad break after bad break. What in the hell do we have to do to have things go our way?’ There are really two ways you can approach it. You can be a little upset and ticked off that things aren’t going your way, or you can just think about the good things that our cars are really fast right now over in that 12 crew.

“We’ve been capable of winning a lot of races this year, it, like I said, hasn’t played out for us. It’s frustrating at the time, but there’s no point in dwelling on things. You just focus on what you need to do, and that’s just keep bringing fast race cars. If you keep running up front and leading laps, I hope, and I think that things will eventually go our way.”