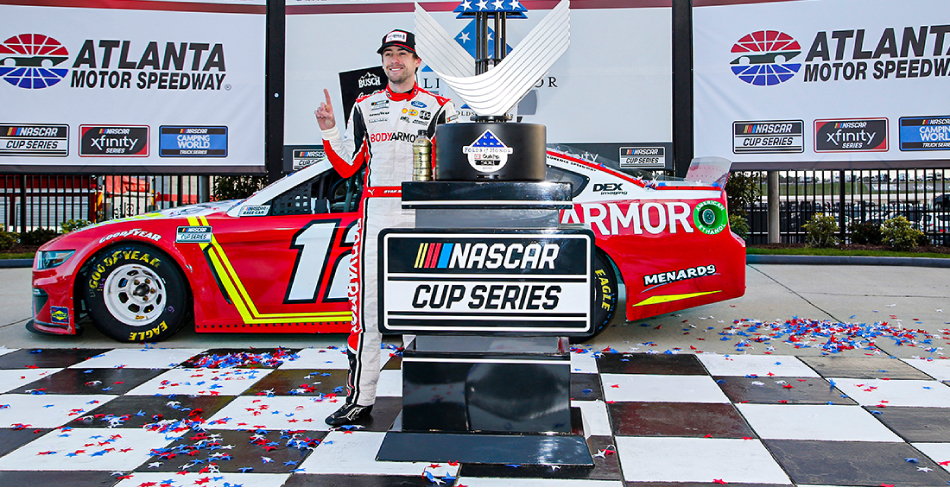 Quote: “The 5 (Larson) was crazy fast there the whole race and then we started closing in.  Our BodyArmor Ford got a lot better there that last run.  I think towards the end of Stage 2 it was starting to get there and then before that last green flag stop it really came to life. I don’t know if the track changed or what, but we were just tightening it up all day.  I’m happy there were a couple long runs at the end. I can’t thank BodyArmor, Menards, DEX, Advance Auto Parts enough for what they do and Ford.  It’s cool to get a win at Atlanta.  I love this place.  It’s nice to have a good run here and win.”