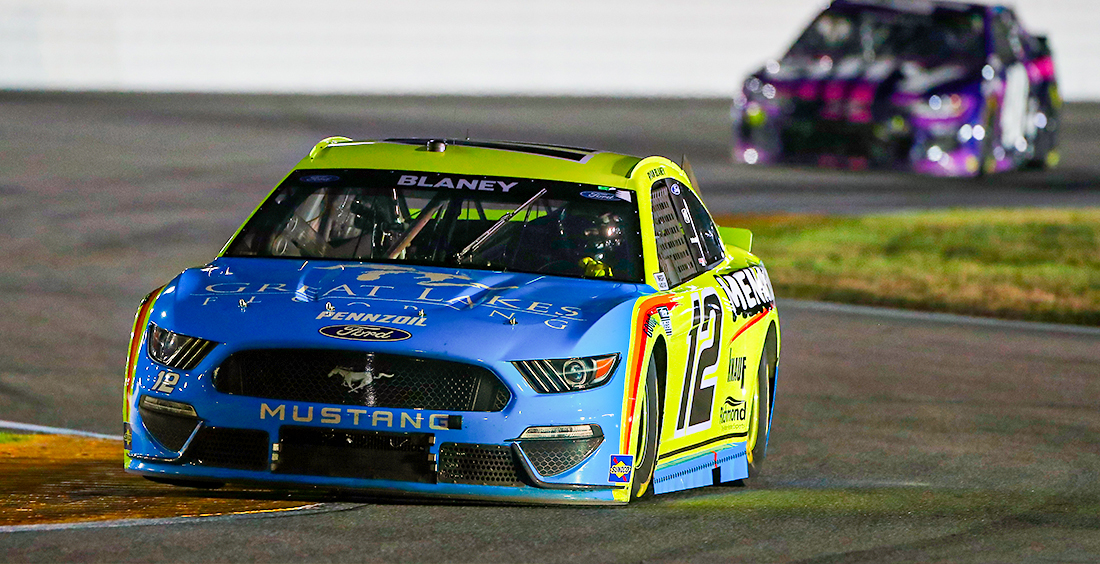 BLANEY WRAPPED IN UP IN A CRASH AT THE CLASH

Quote: “We were just racing hard and I had a little bit fresher tires there. We saved a set and got back to second there and his car was good. I had to use up a lot to get to him (Chase Elliott) and I kind of tried to protect and I drove into the last corner deep to try to make sure I didn’t get dive bombed like that, but we just came together there. I appreciate the Penske boys and what they do. I missed Turn 1 over there leading earlier and they were able to recover from that. Thanks to Great Lakes Flooring and Menards and Ford. I think we learned something for next week. I’m excited to get the 500 going this weekend.”