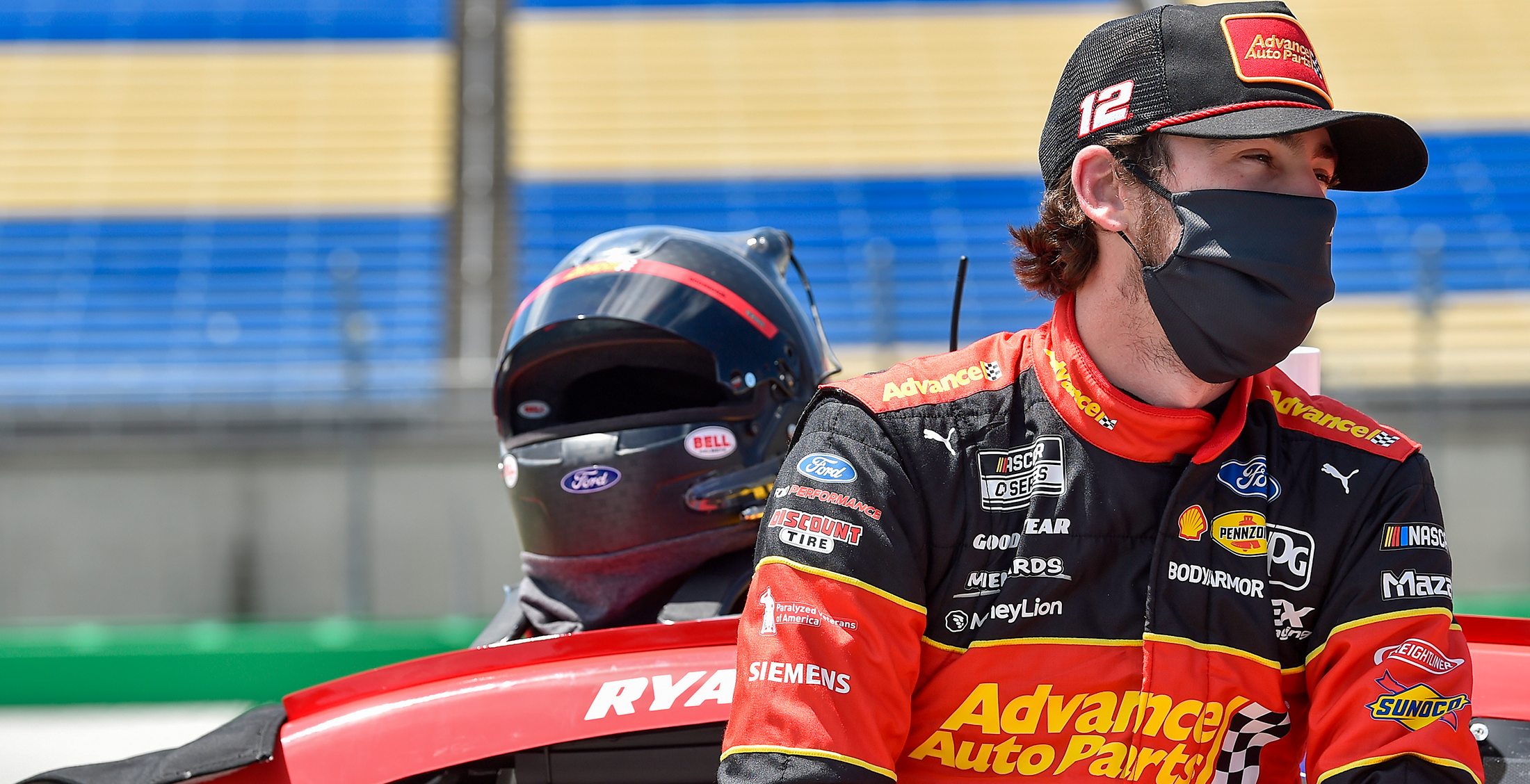 CAN RYAN BLANEY BE A LEGITIMATE CHAMPIONSHIP 4 THREAT?

After this weekend’s controversial ending in the NASCAR Cup Series race at Texas Motor Speedway, the debate arose of what the requirements should be to race in the organization’s top level.

Should NASCAR return to the system they had years ago with approval for upper series? Who is a good example of someone who has gone through the ranks properly?

Q: Should NASCAR improve the driver approval process for the top three series like they had it many years ago, or is it fine the way it is? Chris T., Des Moines, IA

A: NASCAR used to have a great approval system for the upper series in the mid-2000s. I remember the days where drivers would have to run more than a few ARCA Menards Series races to be approved to run the upper series that season or given week. That is when the process seemed legitimate and fair.

These days, it seems like drivers do not have to run lower series much at all, and they immediately get approved to run in the NASCAR Xfinity Series or Cup. There are still cases where drivers are not approved, but mostly, it does not take much to be able to run. The question is, how much of a problem is this?

This is a huge problem in the sport. While it’s cool seeing young drivers get their shot in the top echelon of motorsports, there comes a time where you have to draw a fine line between what’s cool to see and what needs to be seen. You do not need to have guys who have barely competed in the Gander RV & Outdoors Truck Series or even ARCA making Xfinity or Cup starts. If they run enough, yes, let them run. However, if a driver runs only two or three lower series races, there’s absolutely no way they should be running Cup.

Realistically, and if you want to be fair, a full season in a lower series should be a requirement in the future. Almost all drivers who have been successful in Cup right now started out in the lower series and ran a full season, or even a few of them. The sad reality is, you cannot expect a driver to make a jump directly to Cup and be successful. At the same time, this is also a safety hazard as we saw Sunday (July 19) at Texas Motor Speedway with the Quin Houff and Christopher Bell incident.

Brad Keselowski did mention having a “safety rating” system, similar to what iRacing has, where drivers move up based on their incident count. That is an excellent idea. What I would like to see is a rule made for a full-season requirement as previously mentioned, just to let drivers get that experience. The jump to Cup is a huge curve as we’ve seen with some of the rookies this season in one of the best rookie classes in recent memory.

NASCAR could go back to what the approval process used to be like, but it seems doubtful at this rate. It seems like a good idea, but if they do come out with a safety-rating-like system, that would be one of the best ideas the sport has come up with. Not only would it allow drivers to get experience but it helps keep drivers more aware, too. This would help every series, and personally, I hope they try this out soon.

Q: Is Ryan Blaney a legitimate threat for a Championship Four berth when we get to Phoenix? Jim P., Peoria, IL

A: Ryan Blaney has had arguably the worst luck of anyone in the Cup Series this season, probably next to Jimmie Johnson and Ryan Preece. He has been in contention to win at least a handful of races through the opening half of the season. With only one win (coming at Talladega Superspeedway nonetheless), it can be considered somewhat disappointing. However, he is for real.

Easily, Blaney is in the midst of his best Cup season. The wins have not been there, but watching each race, Blaney has been a top-five car almost every race this season. He honestly could have a handful of victories, if it were not for all of his bad luck. A lot of it hasn’t been self-inflicted either. He has had a load of things happen; whether it was badly-timed cautions, cut tires at the end of a race such as at Auto Club Speedway (way back in March) or being taken out due to a freak accident while running up front.

Given this is Blaney’s fifth full-time season, he was due a breakout campaign. You really cannot call this his breakout season, but it’s damn close, as the No. 12 Ford is always a factor. You can call this a career year, yes, just because sitting second in points at this point in the season is a heck of an accomplishment. We should ask how he has improved so much, and the easy answer is Todd Gordon.

Before the season began, Team Penske rotated crew chiefs with all of their drivers. Gordon, who won a championship with Joey Logano, wound up with Blaney, and it has instantly been a success. When you have a championship-winning crew chief paired with a young and talented driver such as Blaney, it’s going to be a great match.

How far can Blaney go? He can legitimately make it all the way to the championship race at Phoenix Raceway with as much speed as the No. 12 car has. If he can find a little bit of luck, he will start winning a lot of races soon. While Kevin Harvick and Denny Hamlin are probably the two favorites for the title right now, Blaney could be an underdog for it, arguably ranking as the third best driver this season.

Blaney’s been in the playoffs three time before and nearly made the Championship Four in two of those seasons. The experience, the speed and the team will all help propel him forward come playoff time. People may consider him as a non-threat, but I promise you, once he starts having some good luck, he is going to be one to watch out for. Do not count him out by any means, because he will make some noise in the second half of the season.