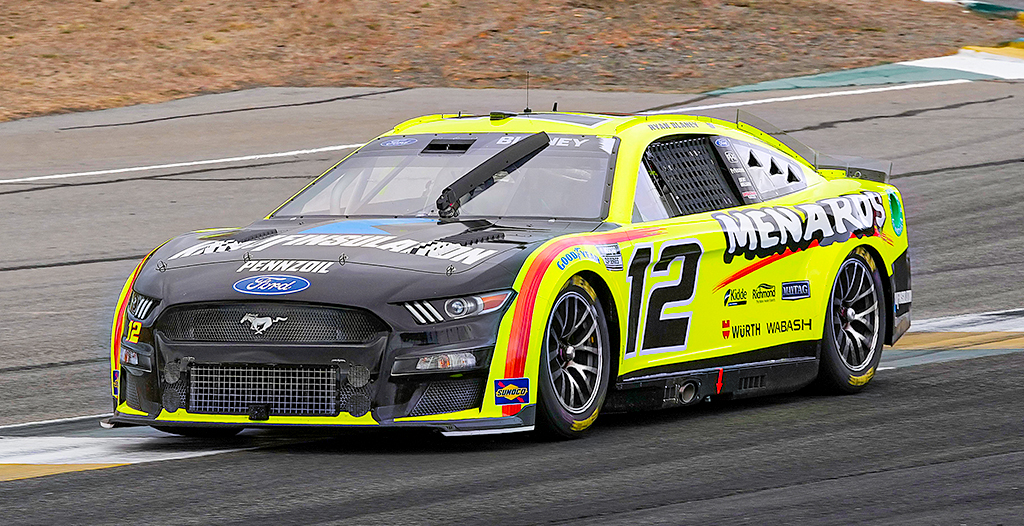 Race Rundown: Ryan Blaney started 14th and finished sixth in the No. 12 Menards/Knauf Ford Mustang on Sunday afternoon at Sonoma Raceway. The team elected to pit prior to the end of Stage 1 for four tires and fuel. Blaney and the Menards crew elected to pit again prior to the stage end, finishing the stage in the 11th position but cycling into the top-five as the other leaders pitted. As the final stage progressed, Blaney found himself inside the top-five within striking distance of the leaders. As the tires began to wear, Blaney slipped out of the top-five, bringing home a sixth-place finish.

Blaney’s Thoughts: “We had decent speed but needed a little bit more. Struggled being tight early in the race and track position was tough to come by. At the end when the sun came out the track took a big swing which hurt our Menards/Knauf Ford Mustang. We’ll take a top 10 day and go into the off weekend and get ready for Nashville.”