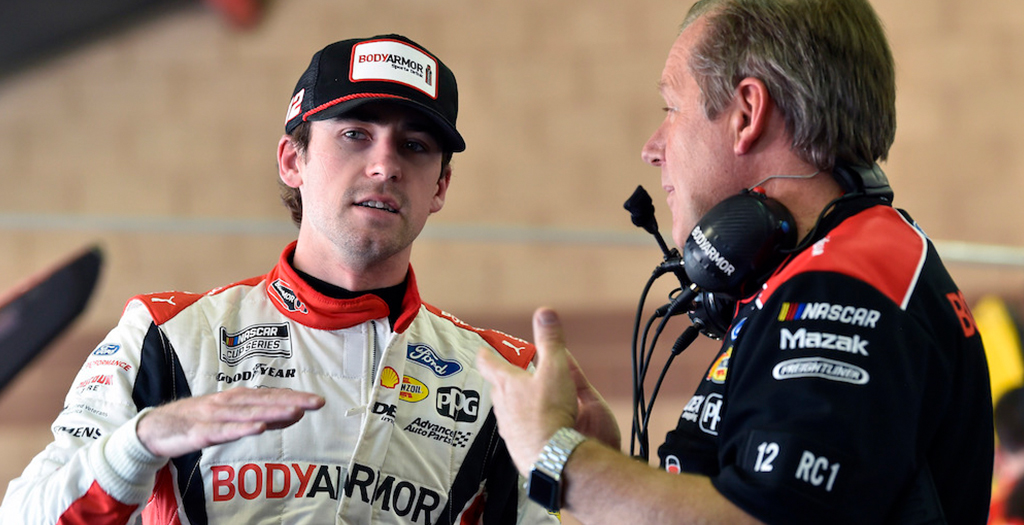 While outsiders might be frustrated by the lousy luck Ryan Blaney’s team has experienced over the last three weeks, crew chief Todd Gordon has the opposite mentality.

“I feel good about what our opportunities are going forward,” said Gordon on SiriusXM NASCAR Radio Monday morning.

Blaney suffered his first DNF of the season in Phoenix when his suspension was damaged in a lap 65 accident with Denny Hamlin and teammate Brad Keselowski.

Gordon chalked the accident up to “just racing”. He and Blaney had entered the weekend as the NASCAR Cup Series point leaders, and that’s a positive Gordon likes to focus on instead of worrying about things that can’t be controlled.

“The elusive piece of speed is the one you’ll pull your hair out about,” said Gordon. “If you’ve got speed and you’ve had circumstances that have caused you to not be able to (get) the finishes you want, those are the things we can clean up, and we can work on. Whether it’s the pit call of pitting at Vegas, or it’s getting buried and having to run the car pretty hard at California and ended up with a right rear tire coming apart with five laps to go because we didn’t maintain our track position, those are things we can work on.”

Paired with Gordon back in early January, the Blaney/Gordon duo finished second in the Daytona 500 in the second-closest margin of victory the race has had. Blaney led 19 laps in Las Vegas and was out front when a caution with six laps to go put Gordon in a ‘damned if you do, damned if you don’t’ situation by either pitting him, or keeping him on track. Blaney pitted and finished 11th.

A corded right-rear tire in Fontana forced Blaney to pit road with three laps remaining. He was running second at the time, and had led 54 laps. Phoenix was the first race this season in which Blaney failed to lead a lap.

“We’ve had speed in our race cars, so I’m not stressed out about it,” said Gordon. “I think those are the conversations Ryan and I are having – we’ve got speed, let’s work on continuing to build a relationship. We’re four races in, we’re still learning things and in this situation, a victim of circumstances and not one that I think anybody on the 12 team caused… it’s just we got caught up in it. Check that one off. Let’s go to Atlanta and let’s go win.”

Last year, Blaney led 41 laps at Atlanta but finished a disappointing 22nd after late pit road miscues. Blaney’s career-best finish in four Atlanta starts is 12th (2018). As a crew chief, Gordon has four top-10 finishes at Atlanta with a best finish of second with Joey Logano in 2013.