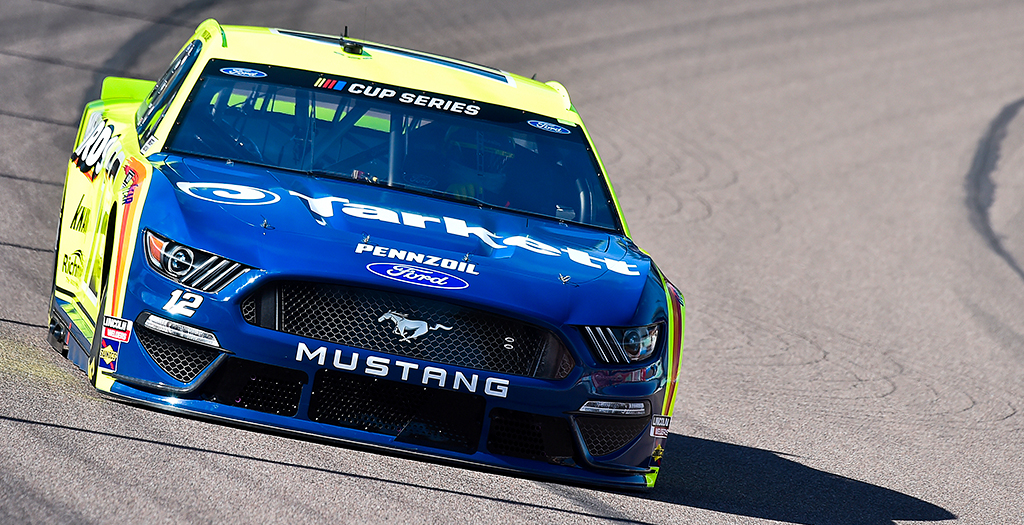 Whether Ryan Blaney was going to contend for the win for the fourth straight week will never be known.

Blaney and the No. 12 Team Penske group were knocked out of the Fan Shield 500 at Phoenix Raceway before the end of the first stage. An “innocent bystander” in Turns 3 and 4 on Lap 65 when Denny Hamlin and Blaney’s teammate Brad Keselowski collided with Hamlin and Blaney hitting the wall.

“From the car, I couldn’t really see (what happened),” said Blaney. “A couple of us were three-wide; I was happy to be on the top. I thought we were going to roll the top pretty good through (Turns) 3 and 4 there. It looks like the 11 [Hamlin] tried to send it in there below the 2 [Keselowski] and got loose and hit him, and then overcorrected and got us.

“We got up in the dirt, and we just ran right into the fence. Just an innocent bystander there. It sucks to have it end so early like that, and have that happened so early in the race.”

While Hamlin received repairs to his car and Keselowski managed to escape with some damage to the left rear, the damage to Blaney’s car was severe enough to send him to the garage. Phoenix will be the first race Blaney has failed to finish this season.

“I do really hate it for Menards and Tarkett and Ford,” continued Blaney. “We didn’t even have a chance to work on our car. We weren’t great the first run, but we made a big swing at it, and we don’t know how that change was. It stinks when you’re taken out like that. We’ll just go to Atlanta and see what we can do.”

Blaney and new crew chief Todd Gordon started the year with a second-place finish in the Daytona 500. He was leading in Las Vegas when a caution with six laps to go changed the complexion of the race, and Blaney was running second last weekend in Fontana when he had to pit with three laps to go because of a corded tire.

A DNF in Phoenix is likely to cost Blaney the NASCAR Cup Series points lead.