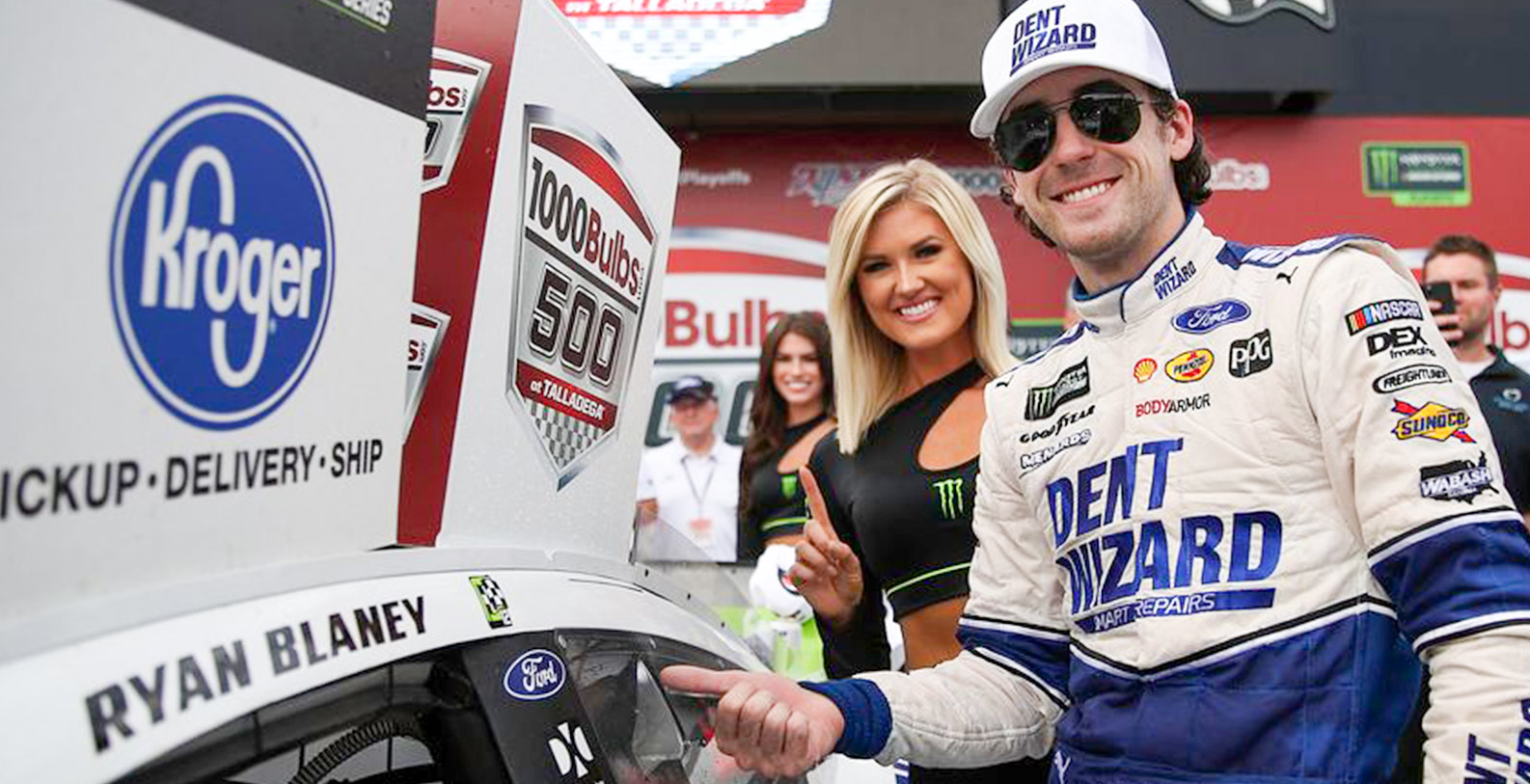 After entering the 1000Bulbs.com 500 as the lowest driver in the NASCAR Cup Series playoff picture, Ryan Blaney locked himself into the round of 8 with a win. How did his win shake up the playoff picture?

Team Penske’s Ryan Blaney entered the second of three races in the round of 12 of the four-round, 10-race 2019 NASCAR Cup Series playoffs at Talladega Superspeedway, the 1000Bulbs.com 500, as the 12th of 12 drivers still remaining in the playoffs after a mechanical issue ruined his race at Dover International Speedway last Sunday.

But Blaney ended up winning this 188-lap race around the four-turn, 2.66-mile (4.281-kilometer) high-banked Talladega Superspeedway in Lincoln, Alabama to secure a spot in the round of 8 despite the fact that he still ranks only 11th in pointswith one race remaining in the round of 12.

All 12 playoff drivers, including Blaney, experienced some kind of issue in the wreck-filled 1000Bulbs.com 500, which was suspended due to rain after 57 of its 188 laps were contested on Sunday.

Blaney himself spun out while leading the race in Sunday’s portion of the race as he attempted to slow himself down coming into the pits, and he was even penalized for speeding in the pits as a result of this mistake.

But he overcame these issues and now has no need to worry about points in the round of 12 finale at Kansas Speedway.

Four drivers, however, are now nearly in must-win situations in this race at Kansas Speedway. Had Blaney not won at Talladega Superspeedway, Hendrick Motorsports’ Alex Bowman would be the driver right above the round of 8 cut line in eighth place in the playoff picture. He would be seven points ahead of Blaney, and he would be four points ahead of teammate Chase Elliott, six points ahead of Stewart-Haas Racing’s Clint Bowyer and nine points ahead of William Byron.