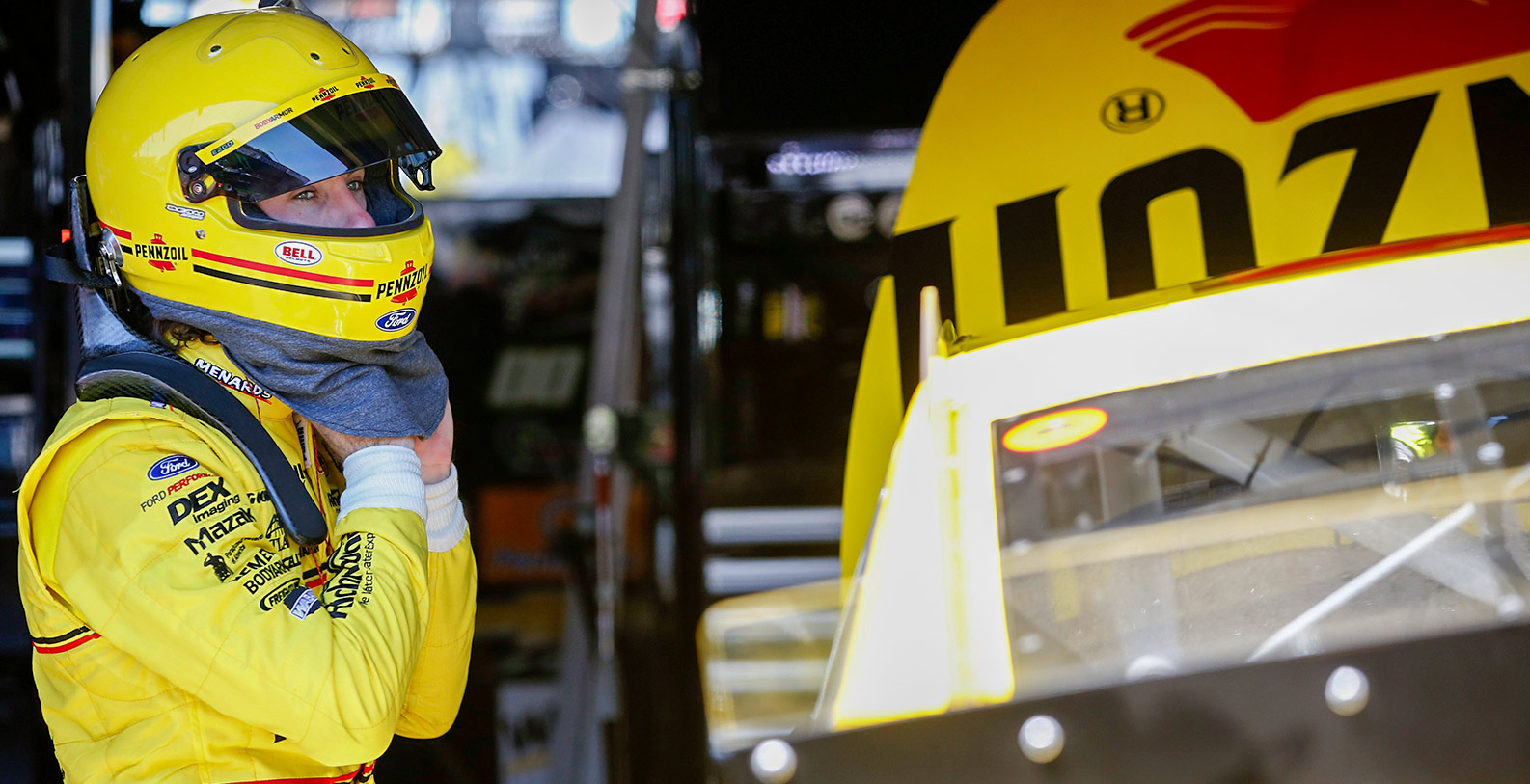 While he has not yet won a race in the regular season, Ryan Blaney has clinched a berth in the 2019 NASCAR Cup Series playoffs.

Team Penske’s Ryan Blaney has not won a NASCAR Cup Series race since late last September, but that did not stop him from locking up a berth in the four-round, 10-race playoffs for the third consecutive season.

With his 12th place finish in the penultimate race of the 26-race regular season at Darlington Raceway, the Bojangles’ Southern 500, Blaney officially clinched a berth in the 2019 playoffs.

After this 367-lap race around the four-turn, 1.366-mile (2.198-kilometer) Darlington Raceway oval in Darlington, South Carolina, reached its conclusion, Blaney found himself in 10th place in the championship standings.

But most importantly, the 25-year-old Ohio native found himself 93 points above the playoff cut line with only the Big Machine Vodka 400 at the Brickyard, more commonly known as the Brickyard 400,  at Indianapolis Motor Speedway remaining on the regular season schedule.

Even if somebody from below the playoff cut line wins the regular season finale at Indianapolis Motor Speedway, the cut line would only move up by one position. It would move up from between 16th and 17th place to 15th and 16th.

Even if this happens, Blaney would still be 93 points above the playoff cut line, as the drivers who currently sit in 16th and 17th place in the championship standings, Stewart-Haas Racing’s Daniel Suarez and Roush Fenway Racing’s Ryan Newman, are tied.

With a maximum of 60 points are available for each driver in this race, including 40 for winning the race, 10 for winning stage one and 10 for winning stage two, there is no possible way that anybody below the playoff cut can move ahead of Blaney in the championship standings prior to the conclusion of the regular season.

The Brickyard 400 is scheduled to take place this Sunday, September 8, and it is set to be broadcast live on NBC from Indianapolis Motor Speedway in Speedway, Indiana beginning at 2:00 p.m. ET. T

he South Point 400 is then scheduled to get the 2019 NASCAR Cup Series playoffs underway on Sunday, September 15. This race is set to begin at 7:00 p.m. ET, and NBC Sports Network is set to broadcast it live from Las Vegas Motor Speedway in Las Vegas, Nevada.