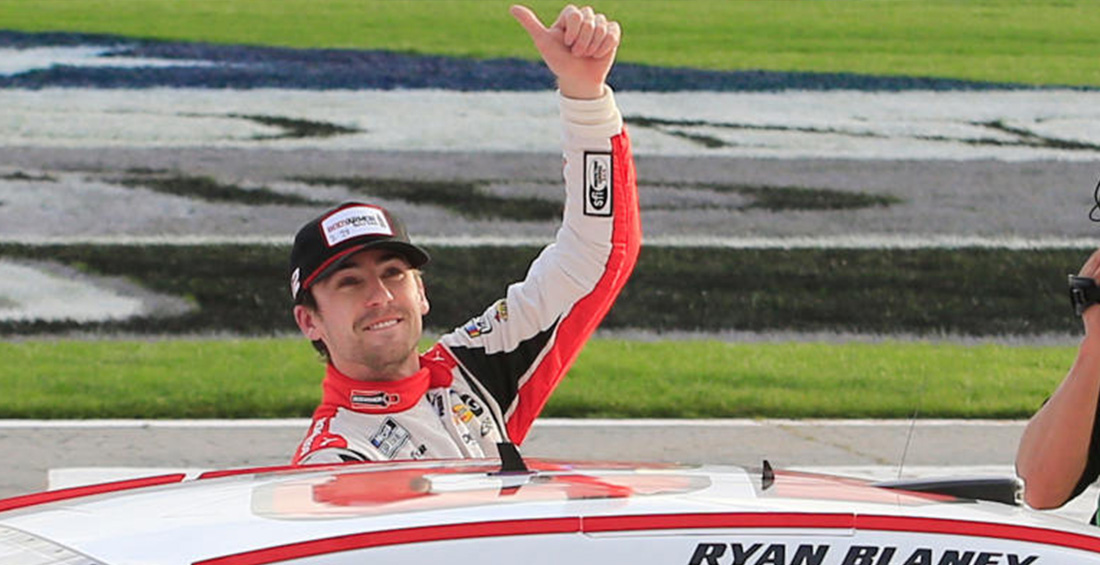 Ryan Blaney was two turns from winning the first race of the 2021 NASCAR Cup Series season. Instead, he ended that exhibition Busch Clash backwards once good friend Chase Elliott spun him seconds from the finish line. Such hard-luck endings have haunted Blaney for years. Since moving to Team Penske full-time in 2018, he’s led 1,811 laps, — eighth-best on the circuit behind six former Cup champions and three-time Daytona 500 winner Denny Hamlin.

That puts Blaney in an exclusive club. The difference is the drivers ahead of him are winning multiple races, crown jewel events and Cup championships.

Blaney? Fast cars simply get flattened, like this 2018 wreck while leading at Bristol Motor Speedway.

So, it was impressive to see Blaney the hunter, not the hunted, as he blew by a dominant Kyle Larson in the closing laps of Sunday’s Folds of Honor QuikTrip 500. Some 20 years after his father Dave lost his best shot to win a Cup race at Atlanta Motor Speedway, the son finished the job by managing tire wear brilliantly over the final 50-plus laps of the race.

“Just had to run my tires too hard,” Larson said of Blaney’s charge. “I didn’t have anything there at the end. I was sliding around.”

That downturn in handling provided the opening Blaney needed.

“I had confidence we made really good changes to our car,” Blaney said. “[I thought] save my tires, save my right rear and we’ll see what happens. It’s cool to win here today at a place that you have to finesse it a little bit, kind of think ahead.”

Staying patient paid off, as Blaney toppled a rival who led 269 of the first 317 laps. In the process, he became the first Penske driver to win at the Cup level, besting two teammates who made the 2020 Championship 4.

Can Blaney propel this momentum into sustained success? Five years on the Cup circuit have produced just five victories and two Round of 8 appearances. It’s led to whispers Blaney’s a step behind where he should be. But one of the sport’s cooler heads hasn’t been rattled, even during a first month of ugly finishes outside the top 10. The payoff is becoming the sixth winner in six 2021 races, a weird start in which some of the biggest names aren’t on that list.

Taking that playoff pressure off early could finally give Blaney the edge needed to move up a tier.

“You keep yourself in the hunt at all these races, you keep yourself running up front, you’re going to capitalize,” Blaney said Sunday. “We weren’t the best car the first half of the day, we kept working on it. Everyone did a great job, pit crew included, of keeping us in the game, keeping us top three all day. We got our car where it needed to be.”

Now, the trick is for Blaney to put that package together over a full, 36-race season. Will Lady Luck finally cooperate?