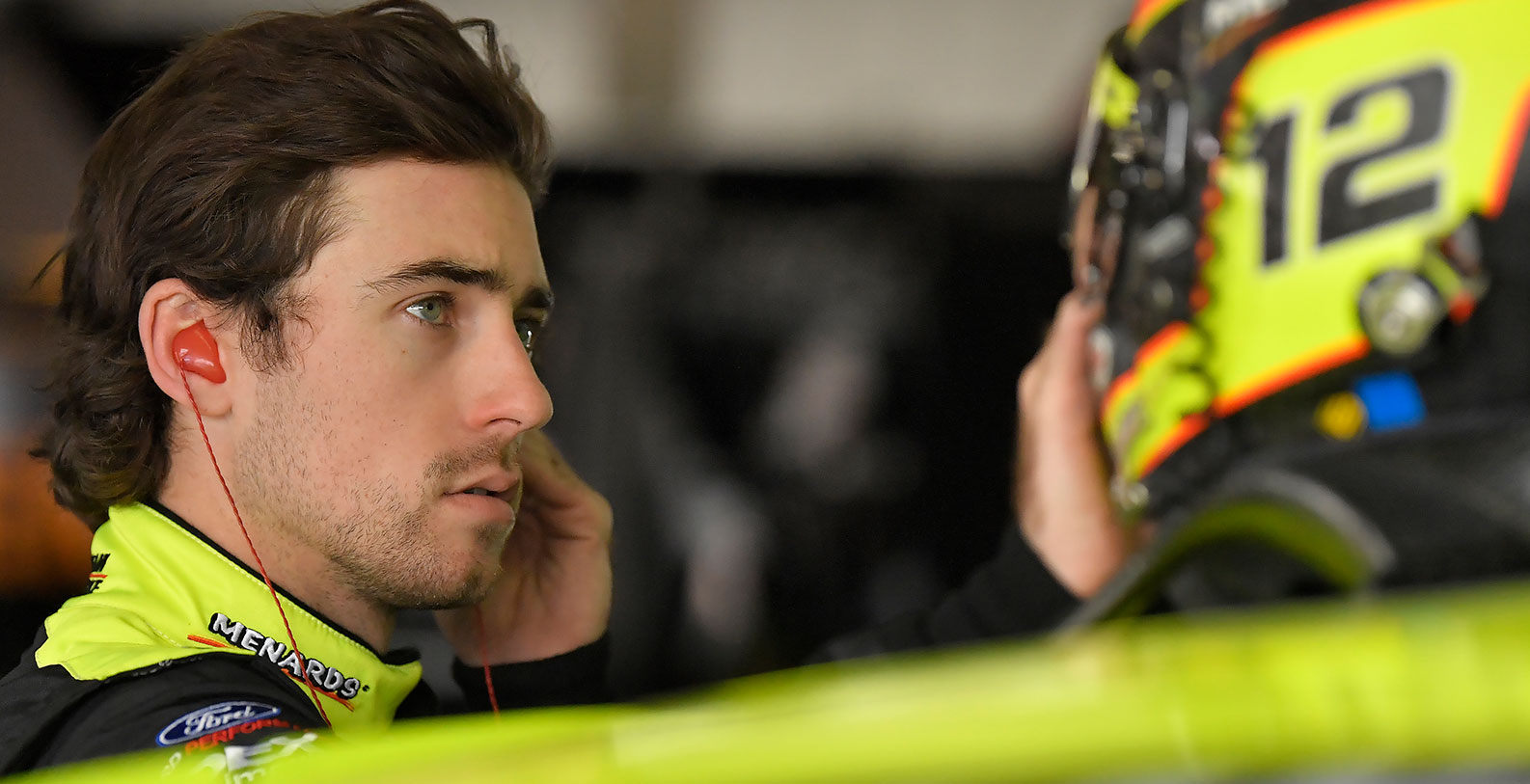 ‘NOTHING IS COMING TOGETHER RIGHT NOW’ – BLANEY

Ryan Blaney believes his No. 12 Team Penske Ford has the speed and potential to win races, but recurring issues need to disappear before they do.

“We’ve had so many weeks where we’ve had problems throughout the race, and promising runs just go down the drain,” Blaney at Pocono Raceway, site of his first Monster Energy NASCAR Cup Series. “We’ve got to fix some issues and try to clean up some things. … The wins will come if you clean up that side of it.”

The Coca-Cola 600 last weekend at Charlotte was the latest example. Blaney ran inside the top 10 much of the night and felt his car was “easily a top three car.” But he ended up with a 13th-place finish having dropped off the pace late pitting under green flag conditions for what he said afterward was a loose wheel.

“Once you get that fixed up, then everything seems to come together,” Blaney continued. “Nothing is coming together right now. We’ve got most of it, but the last little quarter is just not working.”

Although he’s ninth in points and winless, Blaney has watched his two teammates, Brad Keselowski and Joey Logano, win races already this year. Blaney has an average finish of 17.5 with two DNFs and four top-10 finishes.

“I get upset on the radio and things like that,” said Blaney. “Honestly, I wish I didn’t get as upset as I do on the radio. That’s something I work on, but it’s frustrating at times. You try to forget about it the best you can – like right away you have to reload and reset and when something wrong does happen you just have to say, ‘OK, there’s nothing I can do about it right now, at least not in the current moment, so let’s just try to figure out how to get better.’

“But it frustrates you when it keeps happening over and over again. You just learn that everyone makes mistakes and things happen — that’s just our sport. I make mistakes. I hit the fence sometimes, so things just happen. You can’t really let it bug you too much.”

Even so, Blaney added that he and his crew have tried to address some of the issues directly.

“We’ve had a bunch of talks this week, myself and Jeremy [Bullins, crew chief] and some other people just about personal stuff and trying to figure out how to be better behind the wheel and be a better leader,” he said. “All of that stuff will hopefully come together. You’re constantly working on it, but it’s kind of a priority of mine because the last month or so it hasn’t been to my liking.

“It’s not anyone on the team, but just personally and that’s something I’ve tried to get better at and hopefully (we’ll) make strides.”