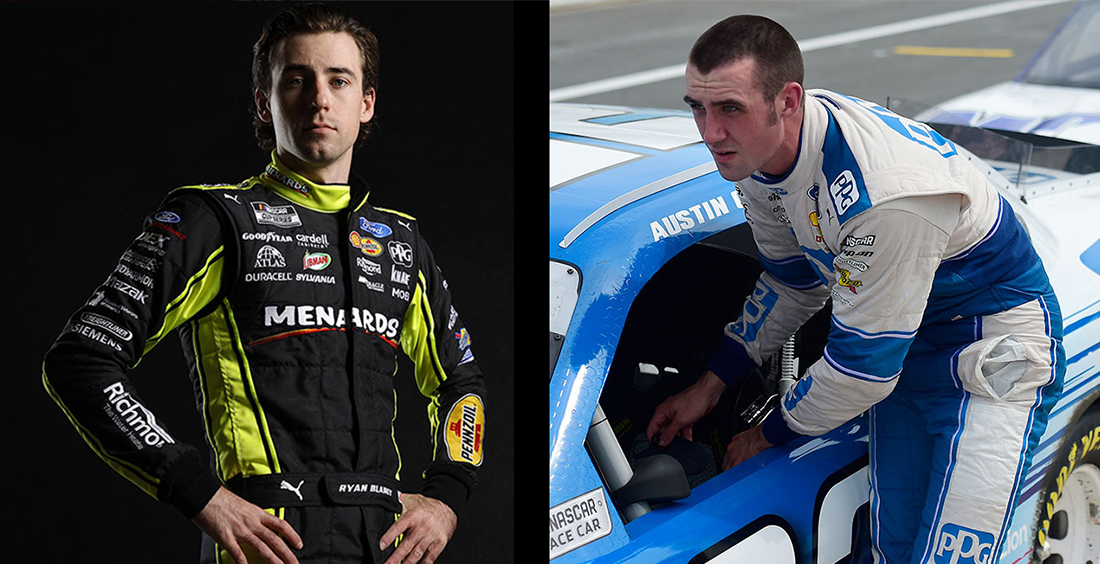 COLUMBUS, Ohio (WCMH) – A pair of Buckeyes will be reaching speeds of 200 miles per hour next week when they qualify for American stock car racing’s biggest event.

Columbus native Austin Cindric and Youngstown area native Ryan Blaney will qualify for NASCAR’s Daytona 500 a week from Wednesday. Cindric, in his maiden Cup Series race, will have to race his way in, while Blaney will try to avenge previous close finishes.

Speaking to reporters Monday, the Team Penske teammates looked ahead to the 63rd running of NASCAR’s 500-mile season opener on the high banks of Florida’s Daytona International Speedway.

“I’ve had a good shot at winning the 500 – I’d say three times I had a really good shot at winning it,” Blaney said. The 27-year-old native of Hartford Township, just north of Youngstown, was runner-up in 2017 and 2020 and was challenging for the win in 2018 before a late wreck.

“You’re frustrated at the time, in the moment, obviously, because you just lost the race,” he said. “But looking back on it, I’m not frustrated by it. I’ve looked at it as ‘I’ve had a couple really great opportunities to win the 500, what can I do better or different to try to make sure I make that happen?’”

Blaney’s father, Dave, also from Hartford Township, was a NASCAR regular in the 1990s and 2000s and a champion of multiple national dirt racing series.

Ryan is one of NASCAR’s best drivers on superspeedways, with two of his four career Cup wins coming at Talladega. But he told reporters that “a good chunk” of superspeedway racing is luck, since the aerodynamic effect of drafting keeps cars in one large, competitive pack most of the race.

“If you make it to the end,” he said, “you’re most likely to have a good shot at winning the race.”

While Blaney will focus on making it to the checkered flag, teammate and fellow Ohio native Austin Cindric must first make it to the green flag. Cindric, 22, will be trying to qualify for his first ever Cup Series race when he pilots Penske’s No. 33 Verizon-sponsored Ford Mustang.

Because the part-time car is not chartered, in order to make the Daytona 500 field next Sunday Cindric will have to finish high in one of two 60-lap qualifying races – called “duels” – next Thursday if he is not one of the two fastest cars in time trials.

“I’m excited for that challenge,” he said. “Hopefully we qualify our way in and I don’t have to lose too much sleep at night on Wednesday night.”

Just hours before qualifying next Wednesday evening will be Cindric’s first time driving a Cup car, as drivers will get a short practice session that afternoon.

“I’ve done a lot of prep work so far to try and nail down the small details,” Cindric said, specifically mentioning the challenge of different in-car electronics, race procedures and drafting.

If Cindric has to race his way into the field, Blaney said he and his other two Penske teammates – Brad Keselowski and Joey Logano – will offer drafting help to push Cindric’s car into position if they are in the same duel race as Cindric.

“I try and do a great deal of prep work into these races and trying to understand how runs are generated and how you can do your best to stay out of trouble,” he said, “because that’s the number one thing to start with at Daytona.”

“It’s definitely a fine art,” he added, “And there’s some guys that do a really great job at it, and it all starts with the prep work.”

Also helping Cindric at Daytona will be his crew chief, Akron area native Miles Stanley, a longtime Penske engineer who will manage race strategy for the handful of Cup races Cindric runs in 2021.

“There’s a lot of things that I don’t know right now about how to drive one of those cars and how to prepare for this race,” Cindric said, “So I’m leaning on a lot of experienced members of our team, whether it be my crew chief or my teammates, and applying that to trying to make it in the Great American Race.”

The rest of Cindric’s part-time schedule is still to be announced, but he said Monday he wants to race the Cup Series event at Road America in Wisconsin on July 4. Cindric’s four Xfinity Series finishes at that 4-mile road course include a win last year and a second place in 2019.

Here is a list of Daytona events that Blaney and/or Cindric will be in: