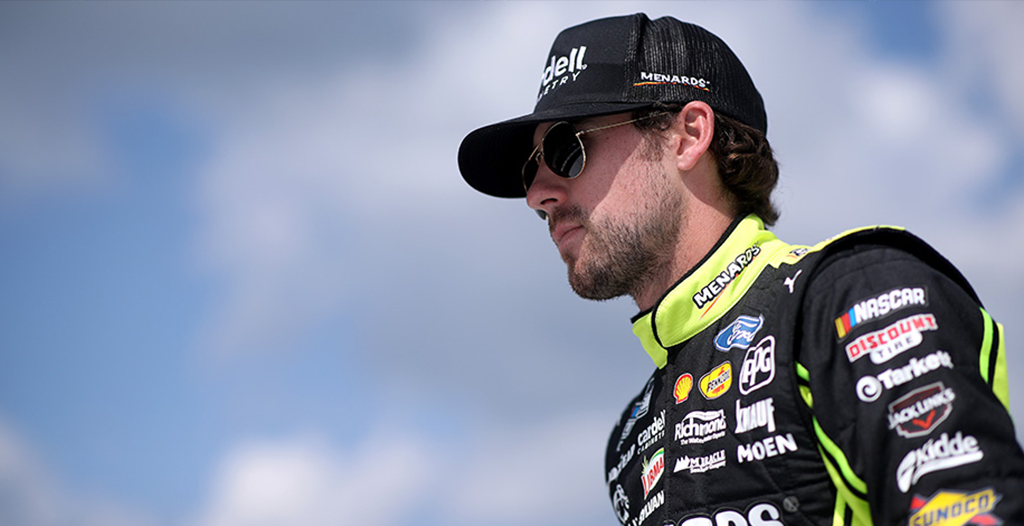 A successful two-week span alone doesn’t build an airtight case that a driver has reached a maturation point. A breakout season often provides more clues within the full context of a driver’s career arc.

Ryan Blaney has shown such growth in his racing portfolio, going from can’t-miss prospect to proven winner at NASCAR’s top level. He’s riding a two-race win streak into the NASCAR Cup Series Playoffs after Saturday night’s victory at Daytona International Speedway. The deftly navigated triumph marked the latest parting gift for outgoing Team Penske crew chief Todd Gordon, a breakthrough at a track where he’d come oh-so-close before and the latest indicator Blaney has further bolstered his case for inclusion among the sport’s elite.

The 27-year-old driver had already checked the box of becoming more than a “one win a year guy” — a distinction he’d held four seasons running — pushing his 2021 victory haul to three. Two other boxes — one tabbing Blaney as a title contender and another as a leader in Penske’s changing driver camp — have already been marked in pencil, if not soon in pen.

“Yeah, it’s just good momentum,” Blaney said in the wee hours after his Coke Zero Sugar 400 win. “It’s good for confidence. Not only my self-confidence, but everyone on the team, it’s just huge. You can really have good momentum. Momentum is a huge thing in sports especially. What we do. Confidence is big in not only motorsports but sports and life. If you have confidence in yourself, you can achieve something, know what your goal is, go out there and do the best you can and achieve it, that really helps you out.”

Blaney entered Team Penske’s Cup Series roster as a junior member to the established core of Brad Keselowski and Joey Logano, first with the affiliated Wood Brothers Racing operation in 2015 and later as a third entrant under the Penske banner when the organization expanded three years later. It was Keselowski who had helped give Blaney’s career a jumping-off point in 2012 during his time as a Camping World Truck Series team owner. “It’s pretty crazy to think it’s back that long ago,” Blaney said, adding without Keselowski’s guidance, his stock-car racing path could have taken a wholly different direction.

With Keselowski departing at season’s end for a driver and part-ownership role with Roush Fenway Racing, some of those leadership qualities and institutional knowledge will be elsewhere in 2022. It’s another opportunity for Blaney to round into that role with Team Penske, which will field two fresh-faced rookies in the Cup Series next year — Austin Cindric as Keselowski’s replacement in the No. 2 Ford and Harrison Burton, who moves to the Wood Brothers’ No. 21 in place of Matt DiBenedetto.

“That role with Brad moving on, Joey and I kind of being the veteran guys I guess you could say over there right now, just more experience than Austin and Harrison on the Cup side, it has to be your role,” Blaney said. “You have to be a leader. Definitely Brad is a leader, Joey. I think it’s time for me to step up and be that guy, too. Me and Joey really need to be mentors and leaders to Austin and Harrison and make our team strong. Brad does that really well.

“I’ve been really excited to kind of be in that role for sure. Hopefully we can continue to work on that and get better and better.”

Blaney was quick to credit Gordon for shaping him, better preparing him for those duties. The veteran crew chief announced one month ago this would be his last Cup Series season in his current role. After the No. 12 team’s second straight win, Penske management was among those asking Gordon in Victory Lane, “you sure?” Blaney also chimed in. “Maybe if we win out, win the championship, Todd will stay,” he said. “I’ll see if I can convince him to.”

Gordon said he was confident the team would be on firm footing as he enters the next chapter of his life at the end of the 2021 campaign. A productive run in the 10-race postseason — which starts next Sunday at historic Darlington Raceway (6 p.m. ET on NBCSN/NBC Sports App, MRN, SiriusXM NASCAR Radio) — would reinforce that belief.

“I think Team Penske is in a great position,” Gordon said. “I think Ryan is growing into being a championship contender. I think we’ve got that ability in front of us in the next 10 races. I can’t wait to get going on it. I look forward taking this momentum we have going forward into the Southern 500.

“I got to work with Ryan and Joey. I think both of them are great people, very good for the sport. I look for Team Penske to have a lot of influence in the Ford camp, and leadership from that standpoint for both of them.”

As for the title aspirations, Blaney is beginning to embrace that label as well. The No. 12 team’s uptick in the win column has some solid performance foundations, with Blaney finishing among the top six in seven of the last nine races to end the regular season. His recent two-win jaunt was enough to pad his playoff-point cushion, pushing him into a tie for second place with fellow three-time winner Martin Truex Jr. once the standings reset for the 10-race postseason.

Blaney has twice advanced to the Round of 8 (2017, 2019) in his Cup Series career. Asked to make the argument for the No. 12 team’s worth as a title pick, Blaney showed some initial reluctance, opting to solely focus on the three-race opening round on the road ahead.

“I’ll give you a little bit of something, I guess,” Blaney said with a change of heart. “I just think this team is so good, they can do it. If they really perform to the best of their abilities, and I do as well, I think we have a good shot at it. Capitalizing on opportunities, that’s what we’ve been doing the last couple weeks, putting ourselves in positions to win races.

“That’s what this team does a really good job at. You just try to keep applying that.”