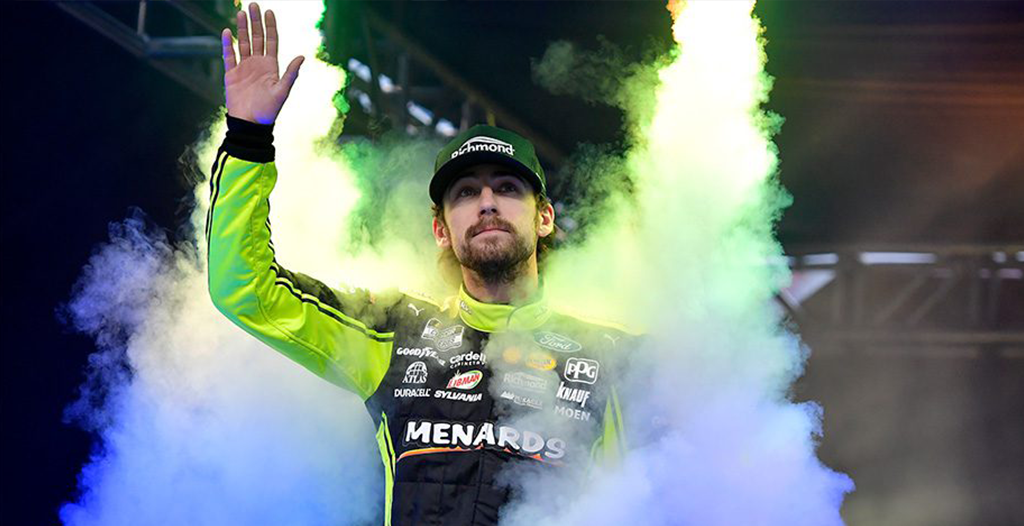 PUSHING FOR PHOENIX: RYAN BLANEY CONFIDENT IN THE NO. 12 TEAM’S TITLE CHANCES

Of the six drivers BetMGM favors ahead of Ryan Blaney to win the 2021 NASCAR Cup Series championship, four have fewer wins this season than the No. 12 Team Penske Ford driver. Three of those four are former champions. Blaney does not have a title to his name, though he is in the running this year.

“I’ve always kind of been a sleeper,” Blaney told NASCAR.com. “No one ever really talks about our group, which is fine. I don’t really care about it. I honestly prefer it to be that way.”

Sitting fourth in the NASCAR Playoffs standings, Blaney deserves to be talked about. He’s 11 points above the cutline as the Round of 12 begins Sunday at Las Vegas Motor Speedway (7 p.m. ET on NBCSN/NBC Sports App, PRN and SiriusXM NASCAR Radio), tied with Denny Hamlin, who’s seeded third. The two above them are Martin Truex Jr. (second, plus-16) and Kyle Larson (first, plus-46), and they are the only drivers with more victories this season than Blaney.

“We have to find a tiny bit of speed, I think, to compete with a couple of the teams out there,” Blaney said. “But I think as a whole, we’re really close. “This 12 group can do it, and I just keep stressing that if we do our jobs like I know we can, like I know all the guys on this team can, we can make it to Phoenix and give ourselves a shot at the championship. I’ve got all the confidence in the world in them.”

The three win stickers on the No. 12 Ford are a constant reminder of their capability.

At 27 years old, Blaney is by no means one of the oldest competitors in the garage. He is, however, becoming one of the more experienced. Blaney has been full-time racing at the sport’s highest level since 2016. Along the way, he learned the importance of adaptability.

“Before the Cup Series, like running late models when younger or even in Xfinity or Trucks, you can kind of rely on your heavy right-foot mentality and your driving to get you through,” Blaney said. “But then you get to the Cup Series and everyone’s so good, everybody’s ability is so good, that you have to figure out different ways to beat them, right? Sometimes you can’t outdrive them. Sometimes they’re just better that day. And you have to be able to outthink them.”

En route to each of his victories this season, Blaney did not lead the most laps. Not even close. And the cars that did, they were still running when the checkered flags waved.

BetMGM has Blaney at 14-1 odds to win the 2021 championship. Kyle Larson is the favorite at 2-1. Six races remain until the title showdown at Phoenix Race on Nov. 7.

“Hey, maybe everyone will forget about us and all of a sudden we’ll make the Championship 4,” Blaney said. “They’ll be like, ‘Well, where the hell did these guys come from?’”