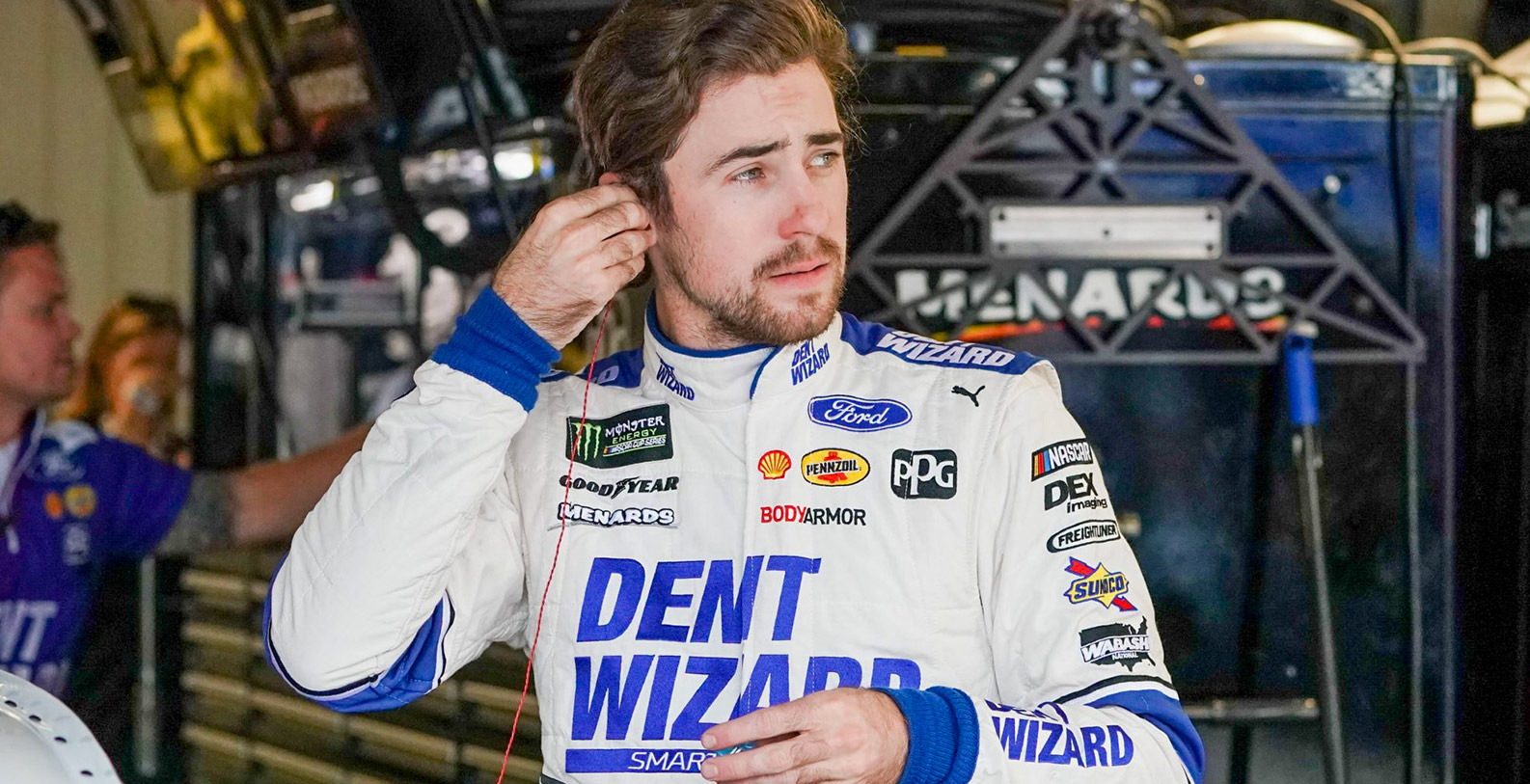 Ryan Blaney’s win Monday in NASCAR’s rain-delayed race at Talladega Superspeedway came with a tiny bit of controversy that reignited the debate about the sport’s double-yellow line rule, which the No. 12 Ford driver thinks should remain in place.

Enforced with judgement calls from NASCAR officials, the rule refers to the double-yellow line on the inside of the race track. If drivers go below the line to advance their position, they will be black-flagged. But if drivers are forced below the line, they won’t be penalized while the car doing the forcing could be.

In the Truck Series race Saturday, Johnny Sauter finished first, but NASCAR said he forced another driver below the yellow line while blocking and his win was taken away. But when Blaney dipped below the yellow line on the last lap of the Cup Series race, officials said Ryan Newman — who Blaney made contact with on the final lap before edging him out for the win — forced him down there and did not hand out a penalty.

Blaney — who automatically advanced to the playoffs’ Round of 8 with the checkered flag — also described the no-call against him “fair and reasonable” — though repeatedly emphasized his bias in this situation.

But his perspective certainly isn’t universal.

Not only did people in the NASCAR world and fans take issue with the governing body inconsistently enforcing the rule — which was first established in 2001 for safety reasons and is only at Talladega and Daytona International Speedway — but it also got led to questions about why such a subjective rule even exists.

For example, Dale Earnhardt Jr. has advocated for NASCAR ditching the double-yellow line rule, while his former crew chief and current NBC broadcast partner, Steve Letarte, and NASCAR Hall of Famer Jeff Gordon are in favor of keeping the rule in place.

“People have been talking about, ‘Well, just take out the double-yellow line rule,’” Blaney said.

“They put the double-yellow line rule in place [because] you have to keep cars from running all the way down there and causing big wrecks. If that wasn’t in place, we’d go down the back stretch of Talladega — it’s all paved now — you’d go down all the way halfway down that apron and make moves and then get back up for Turn 3. That’s just causing huge wrecks, so you’ve gotta have something in place there.

“So I think the double-yellow line rule has to stay, and when you have situations like that, it’s a call from the tower and you have to respect their judgement. I definitely don’t think they should do away with it. I think it’d be chaos if they did.”

Blaney explained it’s difficult for him to speculate about whether or not he’d feel similarly if he were on the wrong end of a NASCAR call.

However, the second-year Team Penske driver acknowledged that Newman — who was eliminated from the playoffs after the Round of 16 ended a couple weeks ago — probably thinks he didn’t force Blaney anywhere. And, despite NASCAR’s explanation on the ruling, it’s valid to wonder why Newman wasn’t penalized if officials determined he forced Blaney below the yellow line.

Noted NASCAR historian @nascarman_rr has a whole Twitter moment dedicated to the history of the controversial rule, including it being subjectively and selectively enforced. But Blaney argued that’s one of the few things racing has in common with stick and ball sports — as they’re referred to in the industry.

And just like in so many other sports, sometimes officials’ decisions work in your favor and sometimes they don’t — regardless of what the general consensus is, Blaney said.

All NASCAR drivers can do is keep the rule in mind make the best split-second decision you can while driving 200 miles an hour and hope you don’t spin out, he added.

And then hope for the best.