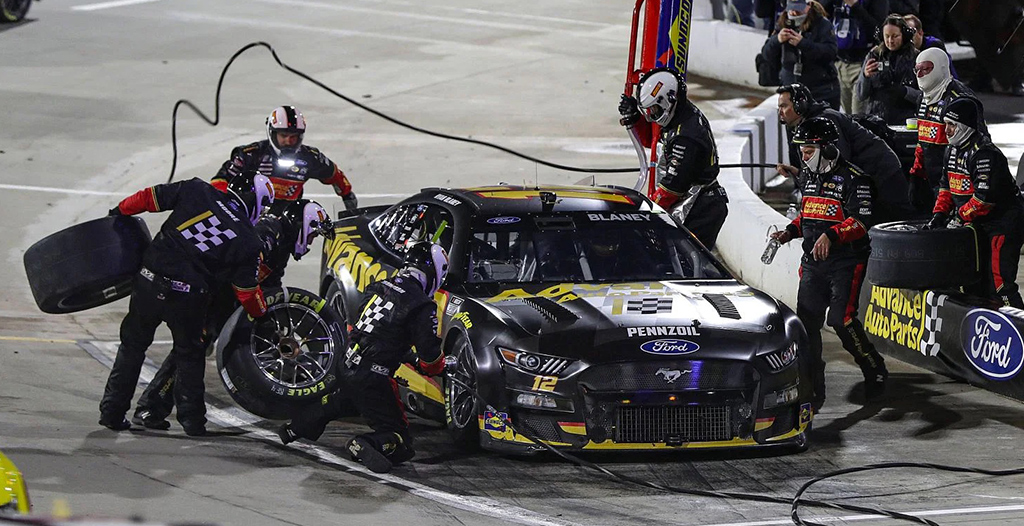 The 28-year-old took to his then teammate Brad Keselowski’s data to try to learn and improve after the first race at Martinsville in 2017. The approach proved to be fruitful as he finished in eighth place six months later on the same track.

This led Blaney to focus on his data-driven approach. The driver pays close attention to throttle traces, steering angles and various other parameters, as he thinks they are helpful.

Ryan Blaney has been in the mix at the front of the pack in 2022 with three pole positions in the last four races, having led the most laps of any of his rivals. However, the Ohio native admits preparing for a race weekend is still challenging, saying:

“A lot of it right now is trying to take as much notes as you can from Phoenix, Richmond, apply it to Martinsville, honestly maybe take a little bit at what we learned at the (Clash at the) Coliseum and apply it. Some of it is kind of shoot from the hip and you just hope that what you sim and what you engineer, kind of think up, you hope is close.”

All the homework seemed to pay off in the race this Saturday, as Blaney drove his No. 12 Ford Mustang to fourth place in the Blue-Emu Maximum Pain Relief 400.

Driver of the No. 12 Ford Mustang for Team Penske, Ryan Blaney finished in fourth position in this Saturday’s Blue-Emu Maximum Pain Relief 400. Jeff Gluck from The Athletic Auto tweeted what the 28-year-old had to say after the race, writing:

“You could run someone down by four seconds and get stuck behind them. That was pretty disappointing.”

The seven-time Xfinity Series winner has been within touching distance of a win in 2022, and will be hoping to visit Victory Lane next weekend at Bristol Motor Speedway.