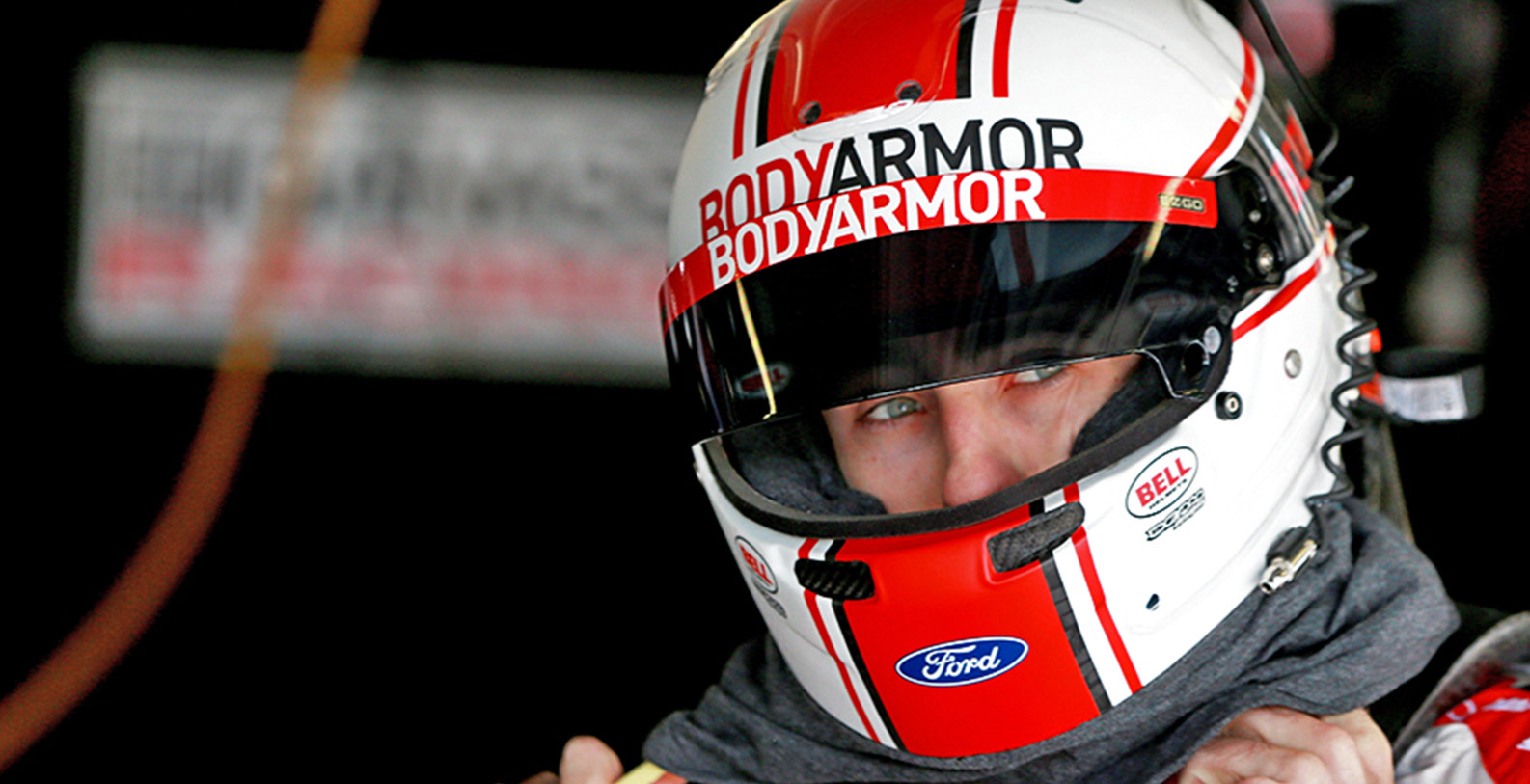 MOORESVILLE, N.C. — No more Mr. Nice Guy? Well, Ryan Blaney may be ready to take Alice Cooper’s advice in exchange for his first trip to Victory Lane in 2019.

Known for being one of the more considerate drivers on the Monster Energy NASCAR Cup Series circuit, Blaney might need to add a pinch of edginess in order to break into the win column before the NASCAR Playoffs begin.

After an event held by Team Penske and BodyArmor, where Blaney hosted lunch and a question-and-answer session with more than 50 kids at the Mooresville, North Carolina, shop on Wednesday, the driver of the No. 12 Ford reflected on how his respectable racing manner has developed over the course of his career.

“I’ve always done the ‘give respect, get respect’ type of thing,” Blaney told NASCAR.com. “I’ll race you how you race me. I’ve never really wanted to move anybody out of the way for wins or spots, but sometimes you have to and there’s sometimes I look back on it and wish I had been more … mean and moved people out of the way sooner.”

But that’s not Blaney’s technique. It never has been after learning tricks of the trade from his father, former Monster Energy Series driver and World of Outlaws champion Dave Blaney, also known for his clean approach. The Blaney style and charisma even dates back to grandfather Lou, while earning victories in the modified and sprint car ranks over his 47-year career.

“I’ve just never really grown up racing like that,” Blaney said. “That’s not how my dad or grandpa raced. That’s not really what I enjoy. But you might have to change up the way you drive. It’s not the thing of wrecking people all the time, but maybe being a touch aggressive. It’s just how this racing has to be nowadays. That’s what people enjoy.

“Maybe I’ll just start being more mean,” he pondered. “I’ll start being a jerk, but I don’t want to hear anybody complaining if I’m a jerk out on the race track.”

During the race weekend at Michigan back in June, Stewart-Haas Racing’s Daniel Suarez shed light on just how much the driver etiquette on the race track has changed over the past handful of years with a focus on the new style of racing.

“There’s just no more respect or polite drivers out there,” Suarez said. “If you’re polite, you won’t last.”

Blaney agreed with the comments by Suarez but noted how it shouldn’t be taken in a negative way. It’s simply a product of the aerodynamics package amplifying a boldness that’s always been around.

“It’s always been aggressive,” Blaney said. “It’s just showing up a little more because this package lets you do that. It gives you the ability to go three- or four-wide racing, especially on restarts.”

While Blaney is having a consistent regular season with six top fives and eight top 10s, he feels he’s been on the receiving end of bad luck that has prevented his Team Penske squad from achieving victory.

Blaney believes the team has been doing everything in its control to give it a fighting chance, but the potential not matching the results is where the frustration lies as the postseason nears.

Sitting 11th in the regular-season points standings with six races remaining before the 16-driver playoff field is set, Blaney heads into the Pocono race weekend with a confidence that stems from the speed in the car in the season’s first trip in June paired with the 2.5-mile track being the site of his first career victory in 2017.

“I’m looking forward to it,” Blaney said. “I thought our car at the first Pocono race was really good. … Obviously, we’d like to get in Victory Lane before the playoffs. Get some cushion and get locked in. We have a good points cushion, but you can have two or three really bad races and be biting your nails.”