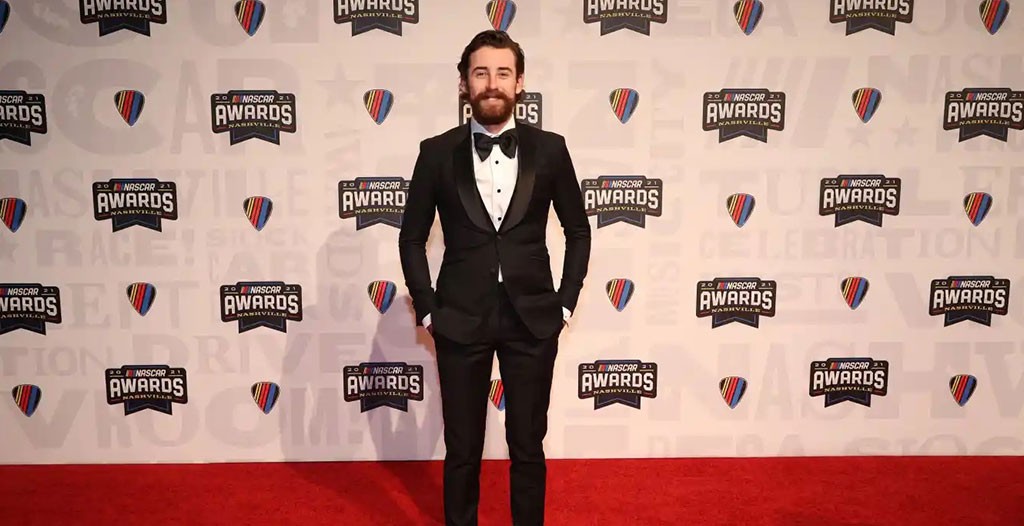 RYAN BLANEY OPENS UP ABOUT ‘SPIER-MAN’ PREMIERE, LOVE OF MARVEL

The driver of the No. 12 Team Penske Ford Mustang just took part in a memorable experience. Ryan Blaney headed to Los Angeles for the exclusive “Spider-Man: No Way Home” premiere and came away with some high praise.

The NASCAR Cup Series driver is a self-professed fan of Marvel, DC, and “Star Wars,” so it was fitting that he was able to head to Los Angeles for the event featuring the film’s stars and select guests. However, he actually secured his spot in a unique way. He responded to a trailer release for “Spider-Man: No Way Home” on Twitter with a straightforward request. 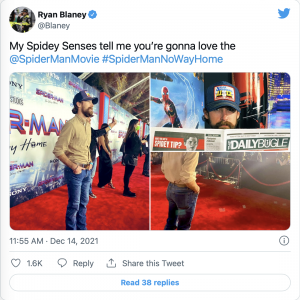 “I write you [Marvel Studios] from the bottom of my soul, may I please attend?” Blaney tweeted on November 16 after watching the trailer. This message worked, and he received the opportunity to make the special trip.

“Funny story actually,” Blaney told Heavy before he went to the premiere. “I sent that tweet out — and I’m a huge, huge Marvel fan and I actually got to go to the ‘Infinity War’ premiere, so that was very special. And I guess I didn’t burn any bridges. So I reached out about the ‘Spider-Man’ premiere. I didn’t know. I was just reaching out to reach out, and they said yes. So, [it’s a] very, very cool experience.”

Blaney actually has ties to the “Spider-Man” universe. He previously voiced a character named Overdrive for the animated “Spider-Man” show that aired on Disney XD in 2018, and he grew up as a fan of the Tobey Maguire “Spider-Man” movies while later embracing the films that featured Andrew Garfield and Tom Holland in the title role.

“I think a lot of people’s favorite ‘Spider-Man’ was with Tobey Maguire, the Sam Raimi movies,” Blaney added. “You know, granted, maybe the last one wasn’t the best one out there, but I thought they were all really good. You know, your childhood is what you grew up on. I really enjoyed that stuff.”

Blaney Would Willingly Represent a Comic Book Property During a Race 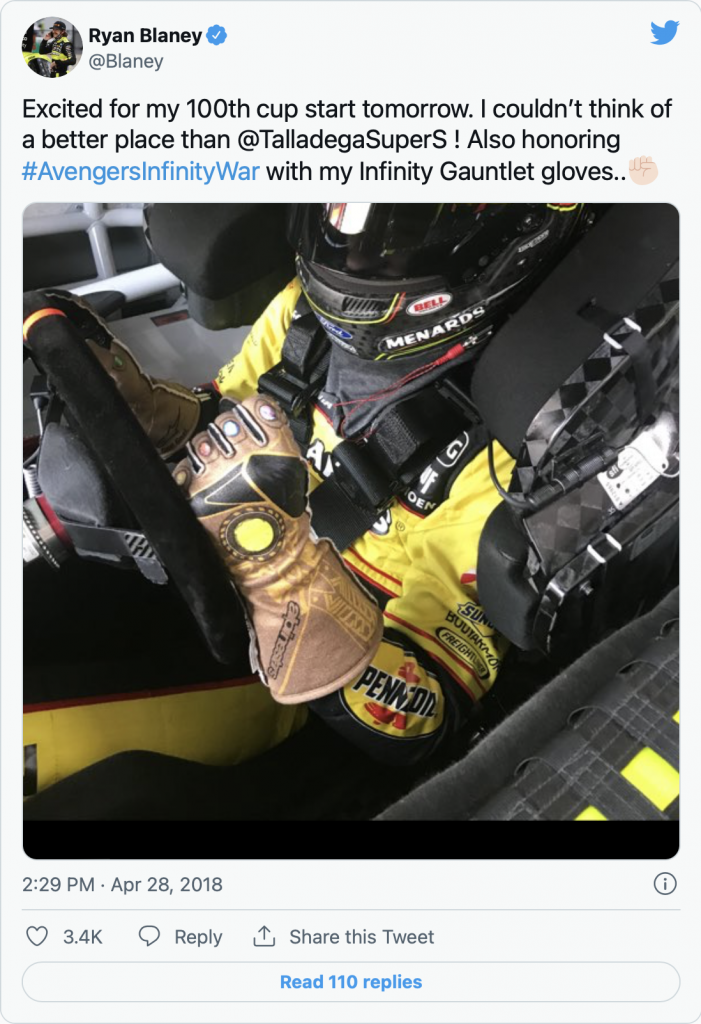 As a longtime fan of Marvel properties, Blaney has expressed interest in featuring Spider-Man on one of his stock cars. NASCAR drivers in the past have showcased superheroes to promote a variety of movies, but he hasn’t yet had the opportunity. For example, Aric Almirola ran schemes for “Wonder Woman” and “Shazam” while Dale Earnhardt Jr. and Jimmie Johnson promoted “Batman v. Superman: Dawn of Justice.”

Marvel Comics has not been as prevalent in the NASCAR world as DC Comics, but Blaney has brought his own tribute to the track. He made his 100th career Cup Series start at Talladega Superspeedway on April 29, 2018, and he wore custom-made Infinity Gauntlet gloves.

While “Spider-Man: No Way Home” is now hitting theaters, there are several other Marvel movies on the horizon. The list includes “Black Panther: Wakanda Forever,” “Thor: Love and Thunder,” and “Guardians of the Galaxy Vol. 3” among many others. There is no guarantee that Marvel will use NASCAR to promote any of these massive projects, but Blaney would be a willing partner, especially after seeing some around the track as a child.

“I did see [promotional schemes] a little bit around the track when my dad [Dave Blaney] was still running, but not a ton of them,” Blaney told Heavy. “I do remember… I think Jeff Gordon had that car. Yeah, ‘[Star Wars: Episode 1] The Phantom Menace’ car. I remember seeing that and I thought that was really, really neat. I wish I had a diecast of that thing.

“I remember seeing this stuff as a kid and realizing it was really neat. Looking back on it, man, I really wish I could have something like that. I wish Spider-Man was on my car one time to promote a movie.”

Blaney Will Stick to His Day Job

Blaney has dabbled in the acting world during his NASCAR career. He voiced characters in “Cars 3” and “Spider-Man.” He had a cameo in “Logan Lucky” alongside multiple other drivers. He also had guest roles in “Magnum PI,” the “Taken” TV series, and Netflix’s “The Crew.” The most recent role resulted in Kevin James telling PopCulture and other media outlets in early 2021 that Blaney “pissed me off” due to how funny he was on set.

“I’ve heard that Kevin had said that, and he was one of the nicest guys I’ve ever met,” Blaney told Heavy. “Working with — I don’t see it as working. It’s just really cool opportunities — but working with him, and kind of his job and seeing how he does it is hilarious. I mean, he just came up with half of the things on the spot. And I’m not professional enough, and I ruined a couple of takes by laughing because I didn’t expect him to say this stuff.”

While Blaney received praise from James and the other cast members on “The Crew,” he isn’t going to step away from racing or even necessarily pursue other acting opportunities. His focus remains on contending for wins in the NASCAR Cup Series, and his schedule doesn’t necessarily leave a lot of room for the amount of work that he would have to put in for some acting roles. Though there could be room for some opportunities after his racing career comes to an end.

“You never know. I mean, we have so much so little downtime in the offseason, it’s kind of hard to go and commit to anything,” Blaney added. “You know, our seasons are so long. But you never know. Maybe after I hang up the helmet, I’ll be able to pick up the acting thing.”