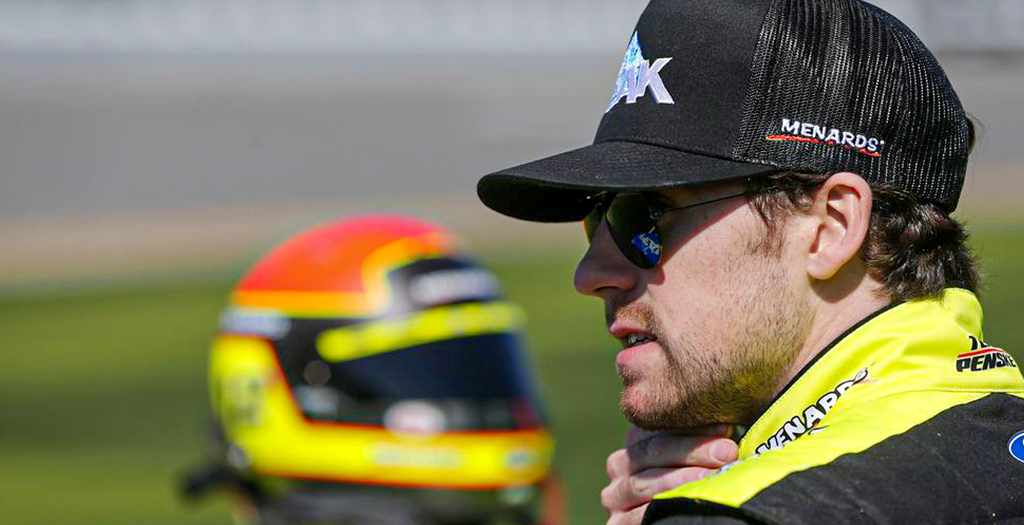 RYAN BLANEY SIGNS TEAM PENSKE EXTENSION: ‘I DIDN’T TALK TO ANYONE ELSE’

Ryan Blaney didn’t want to be anywhere other than Team Penske.

The 26-year-old is leading the Cup Series championship standings through three races in his fourth season at the highest level of the discipline. With Blaney having yet to even hit his prime, Roger Penske had no interest in letting the second-generation racer escape. For his part, Blaney had no interest in even exploring his options.

Penske has developed Blaney throughout the entirety of his NASCAR national touring career.

“Even though we pretty much had a full year left on our deal before my current one was up, I was really happy with where I was at,” Blaney said. “I love the people I’m around, I love working with all the teams. … I feel like I owe so much to Roger for what he’s done for me. I just didn’t really see myself right now anywhere else. Yeah, there’s a couple doors open, a couple seats open with other teams, but I didn’t talk to any other teams.

“If I was approached by another team, I don’t know if I’d even want to talk to them because I was so happy where I was at. I’m so loyal to Roger. My mindset was if they’ll have me back, I’d love to be back. It was great that both of our minds set on that.”

If Blaney had wanted to pursue another opportunity, he would have had no shortage of options with Penske teammate Brad Keselowski headlining a stellar free agency pool that also includes Kyle Larson and Alex Bowman.

Kevin Harvick recently took himself off that list by revealing an extension with Stewart-Haas Racing in February.

Penske appears to have started the process of building its future, making an offseason crew chief swap that sent Todd Gordon from Joey Logano to Blaney and the No. 12 team. Logano and his No. 22 car received crew chief Paul Wolfe from Keselowski, who in turn, welcomed Jeremy Bullins to the No. 2 from Blaney.

The organizational shift has paid off the most for Blaney through three races as the No. 12 has been in position to win every race thus far—only bad luck keeping him out of victory lane.

“Our 1.5-mile stuff has been pretty good,” Blaney said. “The 88 (Bowman) has been really strong. He was strong at Vegas and Fontana, too. They definitely have it figured out right now. I definitely think we are right there with them.