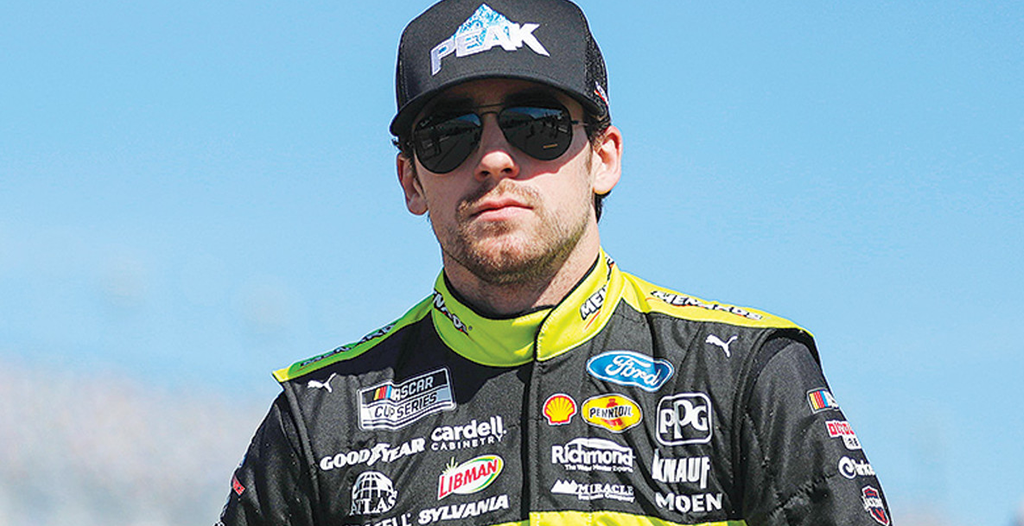 RYAN BLANEY SUITED FOR DEEP PLAYOFF RUN REGARDLESS OF ‘MOMENTUM’

The word “momentum” was used eight times in Zoom sessions last week between members of the media and the 16 playoff drivers. Half of them were in regards to Ryan Blaney, two of them from the mouth of the driver in question.

“Momentum and confidence are something that we have right now (with) the 12 group because obviously, the last couple of weekends, it really helps get that rolling,” said Blaney, winner of two races inside the last three weeks at Michigan and Daytona. “It’s good for everybody, not only for the driver but for the team as well when they have a lot of confidence in themselves and their abilities and you can believe that you can do it and make a strong run at the championship. That’s part of the game.”

While a good stretch of races just before the start of the playoffs can do wonders for a driver’s confidence, there isn’t actually a direct line between what occurred then and what will occur moving forward. The tracks are different, as is the horsepower level. And in going from Michigan and Daytona, track lengths suiting Blaney — all seven of his Cup Series wins have occurred on tracks 1.5 miles or larger — to an opening playoff round consisting of Darlington and Richmond has the potential for a striking juxtaposition.

Darlington delivered the blow of a 22nd-place finish. Saturday’s race at Richmond doesn’t bode better, but Blaney is cautiously optimistic due to improved performance there in the spring.

“Richmond is not a place we’ve run spectacular at in the past,” Blaney said. “At Richmond, we ran top five in the first stage and kind of got away from the handling and ended up running 11th and having just a good solid day there.”

“Once you do have a solid race at a track you might not have had good runs at before, it gives you the mindset of ‘OK, I haven’t run great here in the past, but we had a good race. Let’s work on that.’ Now, I kind of have an idea of what I need to feel in the car, how I need to drive the racetrack, and what I need to work on throughout the race to try to stay up there and be competitive.”

Barring a poor performance unworthy of many points, it’s likely Blaney will advance to the next round, thanks in part to the cushion he built across the eight-race stretch before the start of the playoffs that culminated in back-to-back wins.

That was the truest reward of a run that also saw Blaney score high finishes on a variety of track types — second on the Indianapolis road course and a pair of fifth-place finishes at 1-mile New Hampshire and 1.5-mile Atlanta — that showcased the driver’s slow-burn growth into a well-rounded competitor. And to be clear, there’s nothing mind-blowing about his statistical profile aside from his restart defense (in the 81st percentile, with only Brad Keselowski and Denny Hamlin ranking higher), but when paired with his average median lap rank this season on playoff tracks (fifth with Talladega omitted), he makes for a tough out, with green-flag pit cycles standing as his team’s biggest vulnerability.

Unsurprisingly, the driver’s yearlong production skews towards races befitting his strength. In events ending with a late restart, his Production in Equal Equipment Rating — a consideration of a driver’s race result that handicaps team and equipment strength in effort to isolate his contribution — ranks second among all drivers. In races without a late restart, his PEER ranks 10th.

Until Blaney (and his Penske team) can prove viable in every race-shaping scenario at every track with playoff representation, he is a championship sleeper, not an outright favorite. While that seems like a jab, it’s actually a good place to be — not many playoff teams can claim themselves as outside favorites without the assistance of some fortuitous bounces — but it was a designation that would’ve been there despite his run to end the regular season.

“You know what? I don’t think I can really point out anything in particular (that changed) over the last month and a half, two months that we’ve been running pretty good,” Blaney said. “Just everything has been kind of clicking and going well.”

A run past the opening round — where he was eliminated from the playoffs last season — would provide him with tracks favorable by different measures. Martinsville (66.67%) and Las Vegas (57.14%) were home to two of his best passing performances (per his adjusted pass efficiency, measuring the percentage of pass encounters going in his favor), while his most recent races on each of the final five tracks on the playoff schedule saw him with top-five speed based on timing and scoring data.

A stat profile containing no weakness is rare in NASCAR. But in its stead, a driver with strong suits on the majority of playoff tracks could do fine in blazing a pathway to the title. Blaney, at the very least, can make that claim. How it manifests in tangible results will dictate its reality as a cogent championship plan.

“I think it’s been nice to finish out the regular season strong, especially with two wins back-to-back right before the start of the playoffs,” Blaney said. “That’s something I haven’t really had in my other playoff attempts is really a lot of bonus points, and not a lot to really have in your back pocket in case you have a bad race or just kind of an extra cushion, so that stuff is nice to have. But really the focus is the same.

“It’s definitely a better position to be in on our side than where we have been in year’s past. You just hope to utilize it.”