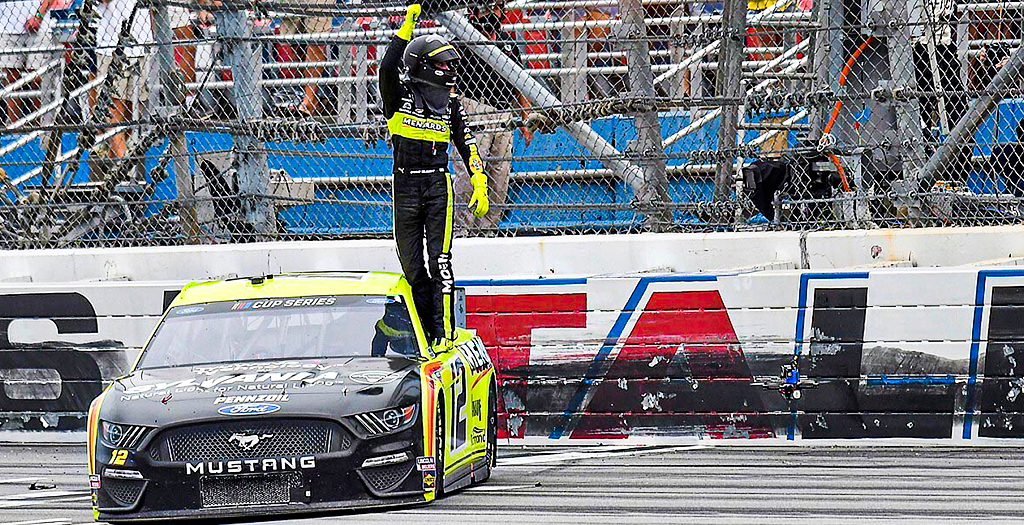 Quote:
“I just kind of blocked, just trying to block the best we could. Ride the top, ride the bottom. The 20 got to my outside and I tried to go up there to slow him down, I hate that I hit him, but just kind of trying to beat and bang to the line and things like that. We just edged it out, but I am really proud of this whole Menards/Sylvania Ford Mustang team. It’s been a cool year so far and I’m really excited to get our first win of the year at a cool place.”