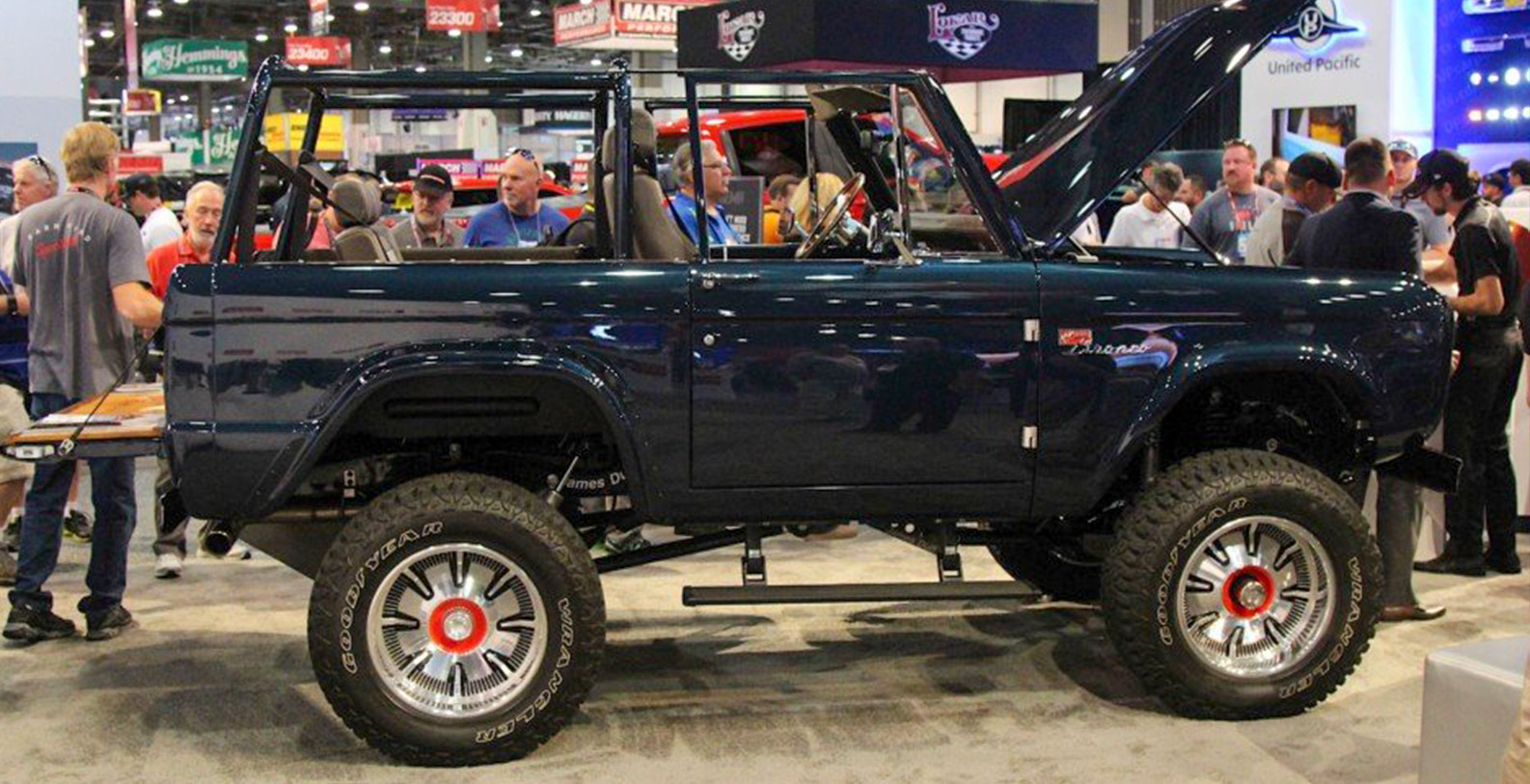 When big names come together for a SEMA build, you know you’re in for a treat. And that’s exactly what we got at the Eaton press conference. This year, they gave us a closer look at this 1974 Ford Bronco crafted by Gateway Bronco and commissioned by Team Penske driver Ryan Blaney.

This particular build is a more than just a commission though, as the one-of-a-kind Ford will be auctioned off at a Barrett-Jackson event this upcoming January in Arizona. The proceeds from that sale will benefit the Ryan Blaney Family Foundation in their fight against Alzheimer’s Disease. Gateway Bronco’s Seth Burgett was on hand to go over the details of the truck and talk about the great partnerships that have come together on this build.

When you take a look at the truck itself, it’s the perfect hybrid of old-school style and modern tech that Gateway Bronco is known for. “It was pretty rough, it was a barn find,” said Burgett. You couldn’t tell that now, though, as the body has been restored to perfection. Wrapped in a mirror of deep blue paint, it shows no signs of the condition it was in just four months ago, back when the build first started.

The interior has received more than just a refresh as well. The dash, seats and door panels all received genuine Porsche leather with houndstooth inserts as well as full power upgrades. In the cargo area, barn wood panels pay tribute to the lumber yard owned by Ryan’s grandfather. “The barn wood is my favorite part,” said Burgett.

Under the hood, the Bronco is all modern. Featuring an Eaton-supercharged 5.0-liter Coyote motor, the truck boasts a tire-roasting 600 horsepower. When it comes to getting that power down to the ground, Gateway called on an Eaton TrueTrac differential, as they do with all of their builds.

The front E-locker diff was actually part of the announcement of new products from Tim Bower of Eaton. With several new innovations coming, the big news for the off-road community was an expansion of the E-locker offerings. Toyota owners now can look forward to a line of the electronic lockers due for release early next year.

The SEMA Show never has a shortage of stunning vehicles, but not too many of them are up for grabs to the general public. With its old-school cool vibe and crazy performance, this SUV should help raise a sizable chunk for Alzheimer’s research, as well as put one really big smile on the winning bidder’s face.