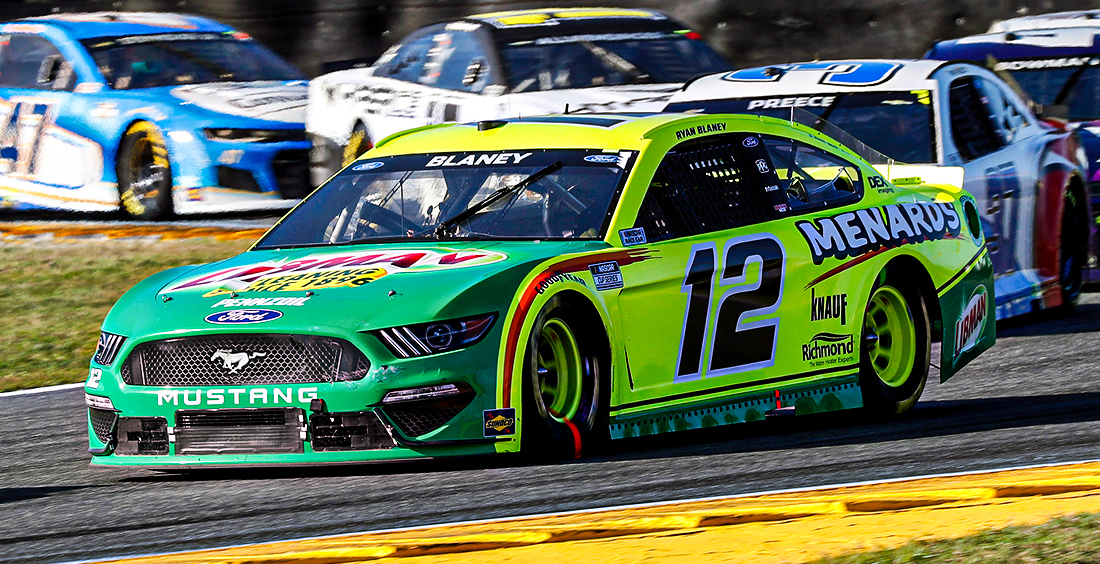 Quote: “It was an unfortunate day for our Menards/BlueDEF/PEAK Ford Mustang. We were just riding and thought we had the wreck missed. Unfortunately, the damage to the nose ended our day. Hate it for everybody on this No. 12 Ford team at Team Penske and our partners. We’re looking forward to heading back to Daytona next week.”