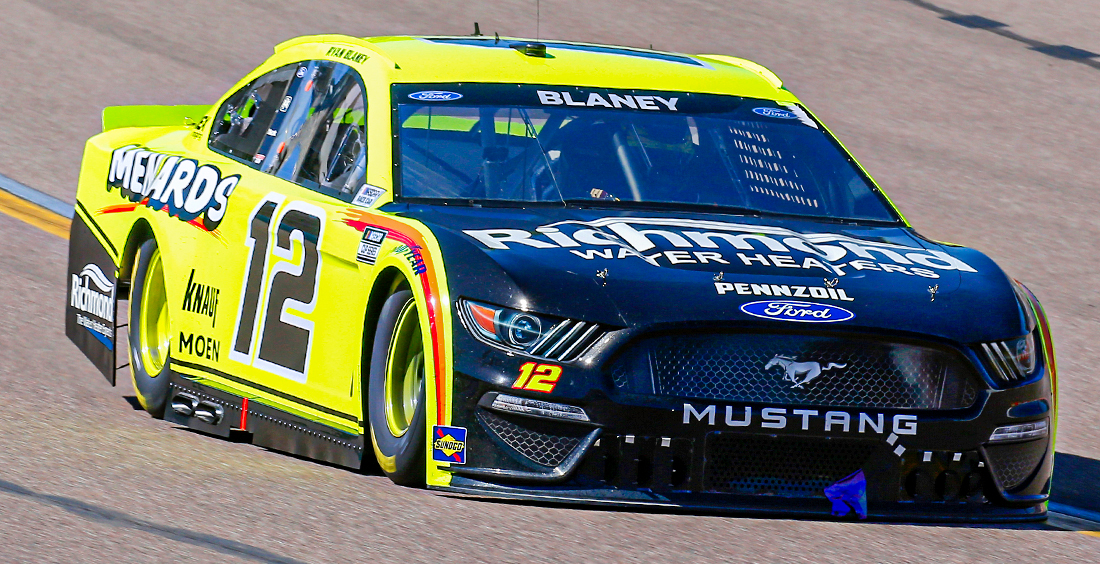 STAGE WIN AND TOP-10 FINISH FOR BLANEY IN PHOENIX

Quote: “Towards the end of the day I think the track kind of changed on us and we lost some speed.  We were fighting stuff that we weren’t fighting at the beginning and other guys’ cars came to life and we were kind of chasing ours a little bit.  It wasn’t for a lack of effort.  We tried a bunch of stuff and tried to get ahead of the track and just couldn’t quite get there. For how much speed we lost throughout the day just with track changes, running 10th I’m proud of that.  I’m proud of Todd (Gordon) and everybody on this Menards/Richmond Ford Mustang for sticking with it all day and good stage points for sure and not a bad finish.”