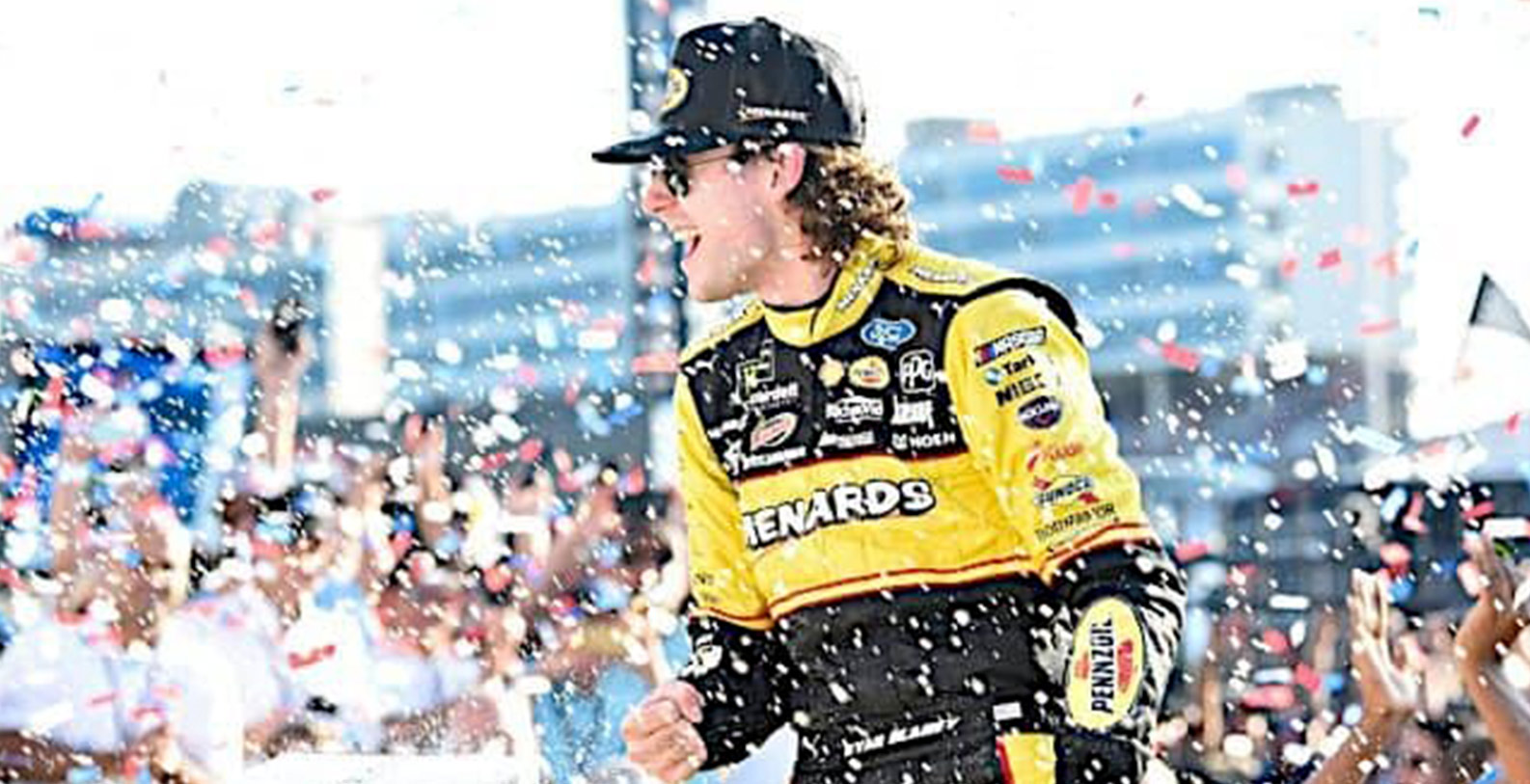 In this week’s edition of Throwback Thursday, Kickin’ The Tires relives when NASCAR driver Ryan Blaney won the Bank of America Roval 400 from Charlotte Motor Speedway’s road course on September 30, 2018. Blaney claimed the victory in his No. 12 Menards/Pennzoil Ford for Team Penske.

Last September, the Monster Energy NASCAR Cup Series took to the road course within’ Charlotte Motor Speedway for the first time on the schedule. While there were a lot of unknowns, the race itself lived up to the hype and produced excitement for both media and fans alike, especially within’ the final laps of the event.

Team Penske driver, Ryan Blaney started the 109-lap event from the ninth position and consistently ran within’ the Top-10 running order. Blaney went on to finish Stage 1 in 10th, win Stage 2 and then the excitement of the laps as they wound down in the final stage.

Fellow competitors, Jimmie Johnson and Martin Truex Jr. heavily battled for the top spot as the laps were winding down. Seven-time series champion Johnson’s No. 48 Chevrolet for Hendrick Motorsports got to the inside of Truex’s Furniture Row Racing’s No.78, and the outcome wasn’t about to be pretty for either driver.

As a result of the battling, Johnson spun, and collected Truex in the process. Truex slid across the track between Turns 16 and 17 toward the outside wall.
Advantage, Ryan Blaney.

Blaney powered his No. 12 Ford Fusion past both the wrecked race cars of Truex and Johnson to cross the finish line .792 seconds ahead of second-place finisher, Jamie McMurray.

Last years win at The Roval was the only win Blaney would claim in 2018, he’s still winless in 2019 but will look to go back-to-back with victories as the series heads to their own backyard for Sunday’s Bank of America Roval 400 from Charlotte Motor Speedway’s road course.

Thus far in 2019, Blaney has amassed eight Top-5s, 13 Top-10s, one pole award and led for 385 laps in 27 starts. His best finish on the season heading into this weekend is two third-place finishes coming at both Phoenix in the Spring and Sonoma earlier in the season.