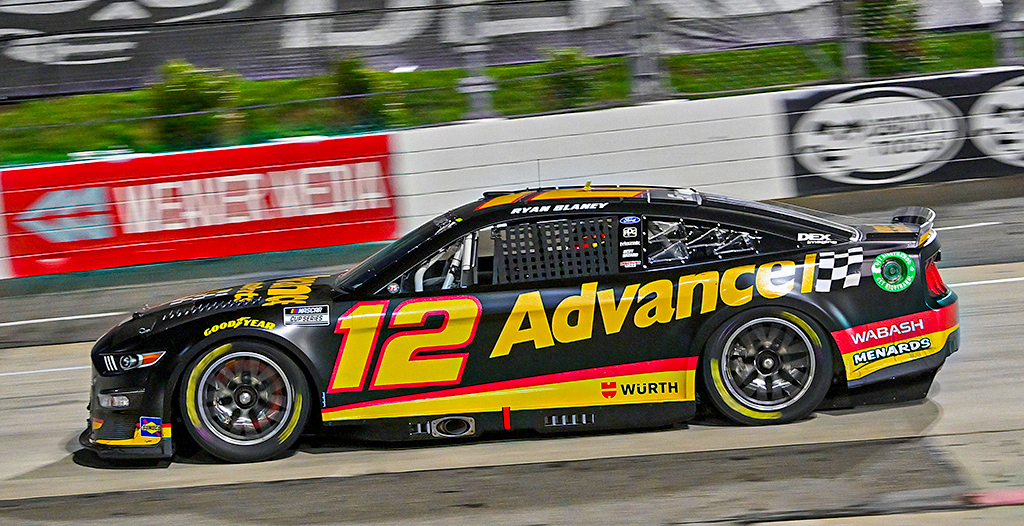 Race Rundown: Ryan Blaney started 12th and finished fourth in the No. 12 Advance Auto Parts Ford Mustang in Saturday night’s 400-lap race at Martinsville Speedway. Blaney showed tremendous pace early in the race, particularly the midway point of a long-green flag run. The driver of the No. 12 Ford scored stage points in both the first and second stages with finishes of seventh and fourth respectively. Crew chief Jonathan Hassler made subtle adjustments to the Advance Auto Parts Mustang, keeping Blaney inside the top-five the majority of the second and third stage. Blaney would finish the event in the fourth position, notching his third top-five of the 2022 NASCAR Cup Series season.

Blaney’s Thoughts: “It was overall a decent night.  We had a pretty fast car, but never got out front and never got to where we could race for the lead.  You have to be a half-second faster than somebody to pass somebody.  You’d run someone down by four seconds and then get stuck behind them, so that was pretty disappointing.  Overall, it was a really good night.  I thought our car was fast, just never got the lead or even got a chance at the lead.  Overall, not a bad night.”