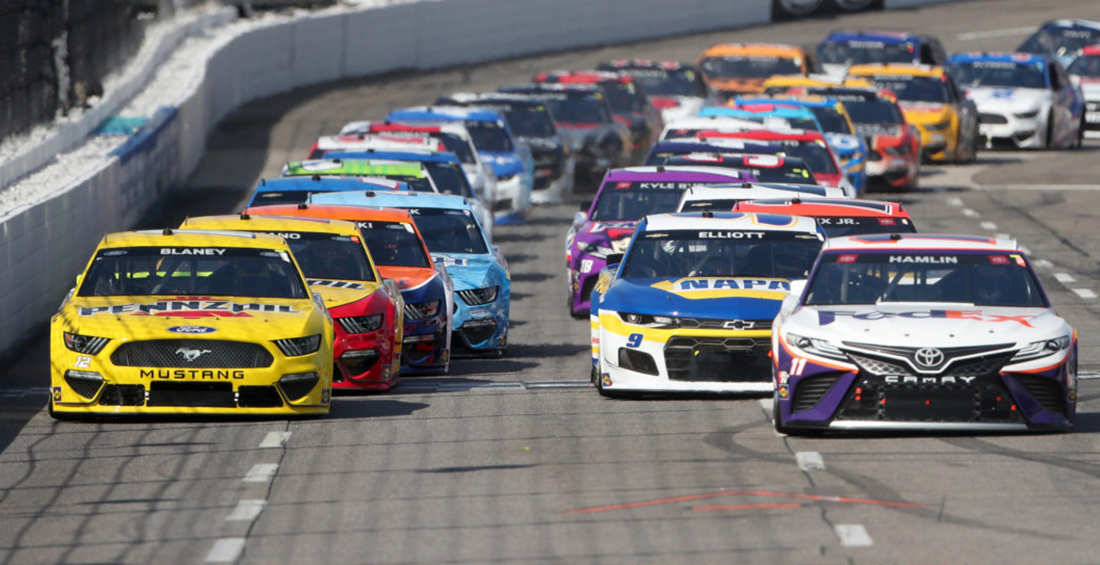 WHAT COULD HAVE RYAN BLANEY DONE WITHOUT THE PIT ROAD PENALTY?

One of the drivers people had their eyes on during Martinsville weekend was Ryan Blaney. The third-generation talent was still pretty fresh coming off a win at Atlanta a few weeks ago and has talked about how badly he wants to win at the Paperclip. Ryan finished in the runner-up position in both races last season and was close to closing it out both times.

Blaney started 4th Saturday night and made his way up a few positions to 2nd by the time the race was postponed for mother nature. Once the race resumed on Sunday, Ryan’s car came to life in the long run. On lap 74 he made his way past Denny Hamlin for the first time all day and remained in the same position for most of the day sweeping both stages in dominant fashion.

He looked to be in the clear for a second win of the season before his Team Penske crew made the decision to pit Ryan and mire him mid-pack. The long string of cautions throughout the final stage hurt the team’s greatest strength, the long-run speed that Blaney desperately needed if he wanted to get back in the fight.

As the race went on, Ryan made his way into the top 10 and finally was sitting in the top 5 when a caution for Chase Briscoe’s wrecked racecar brought out with just under 50 to go.

The entire field would be brought to pit road which everyone hoped to be the final run to the finish. Ryan’s stop was almost flawless by his bright yellow crew until Ryan left his pit box. When Ryan let off the clutch and sped out of his box, his tire grabbed a hold of the gun used to change the tires. The gun wiped around and got unstuck.

Once it happened, the team knew their chance for a win was over after leading 157 laps. NASCAR officials gave them a penalty and Ryan served it, he restarted in the back and made it up to 11th when the checkered flag flew on Martin Truex Jr.

Would have Blaney been able to beat the two Joe Gibbs Racing Toyota’s if he didn’t receive the penalty? The chances of that were pretty big. Blaney was going to restart in the 4-6th positions and had the speed at the beginning of the run to move to 3rd. With around 20 to go, his long-run speed would kick in and show the car’s full potential. Would this have been fast enough to beat Martin Truex Jr’s no.19 car? Martin was faster than Denny Hamlin and finished over a second over someone Ryan paced with virtually all day.

Now that the race is over and teams are all looking forward to this weekend’s race at Richmond Raceway, we do not have much to do but wonder if Blaney’s no.12 car would be in the headlines as the first multi-time winner in 2021 or would Truex Jr. be able to hang on and history would stay the same.