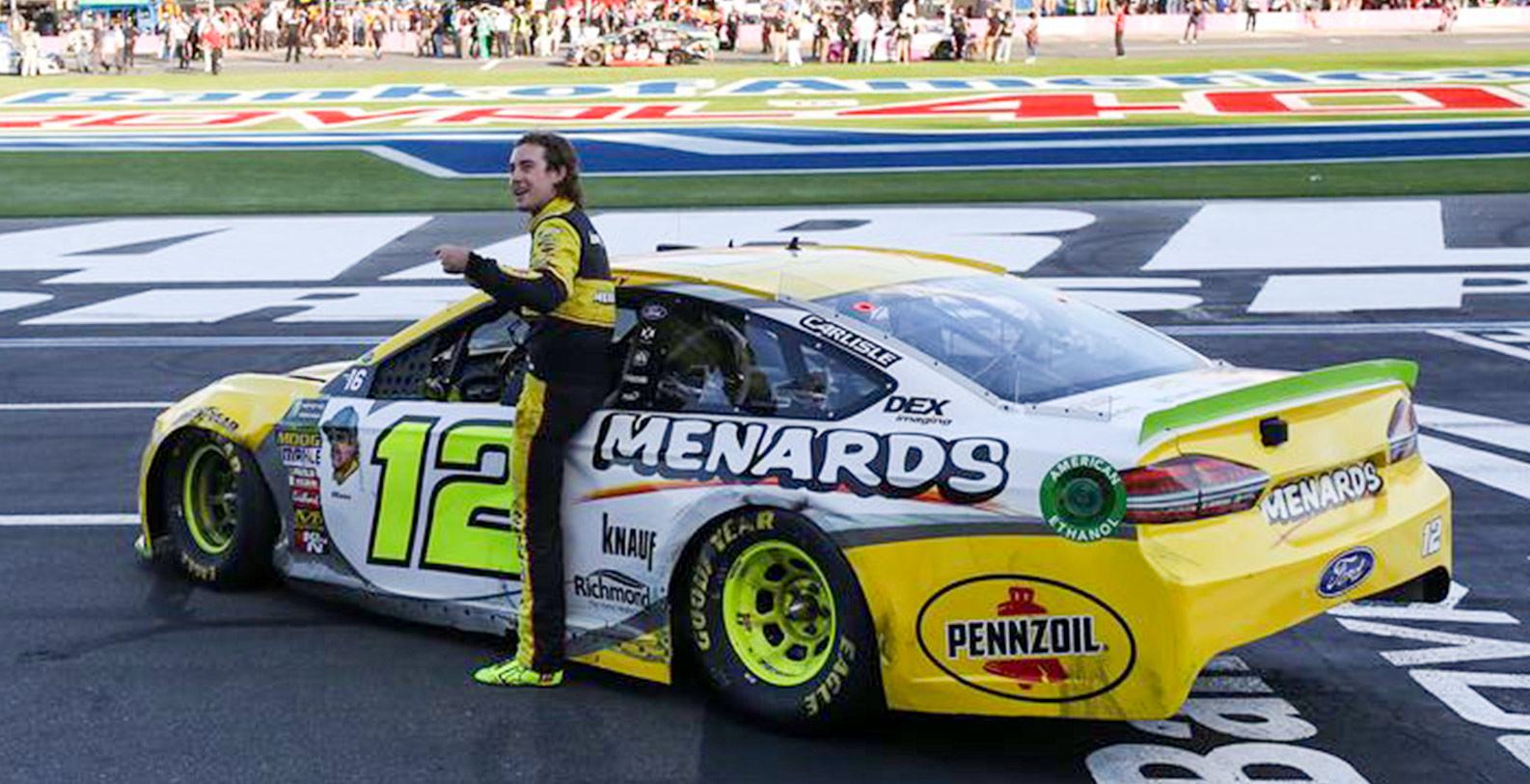 Ryan Blaney won the opening NASCAR Cup Series race at the Charlotte Motor Speedway roval in the 2018 season. Will he make it two for two this weekend?

Team Penske’s Ryan Blaney is the only driver who has ever won a NASCAR Cup Series race at the Charlotte Motor Speedway roval, as he won the first race at the track in the 2018 season.

The 25-year-old Hartford Township, Ohio native won this 109-lap race around the 17-turn, 2.28-mile (3.669-kilometer) Charlotte Motor Speedway roval in Concord, North Carolina in thrilling fashion. In fact, this race was deemed one of the most exciting races of the season.

Blaney led only 16 of the race’s laps after starting in ninth place in his #12 Ford, but he won both stage two and the race itself. He was running in third on the final lap, and the battle for the race victory appeared to be coming down to Furniture Row Racing’s Martin Truex Jr., who was leading, and Hendrick Motorsports’ Jimmie Johnson, who was running in second.

Johnson attempted to pass Truex Jr. heading into the penultimate corner of the race’s final lap, but he spun out. In doing so, he made contact with Truex Jr.’s car, spinning Truex Jr. out as well. Blaney capitalized by driving past both drivers to take the checkered flag for his second career Cup Series victory.

Will Blaney make it two for two at the Charlotte Motor Speedway roval by winning this weekend’s round of 16 playoff race at the track?

Blaney enters the weekend with an advantage in that he has had success at the track before aside of just winning the inaugural race at it, and he was able to capitalize on that success to earn a victory.

While his victory was practically handed to him on the race’s final lap, he still led 16 laps, the third highest total among all drivers in the field, and won a stage to get to that point.

Just look at the fact that Chip Ganassi Racing’s Kyle Larson led 47 laps of the race in the 2018 season while Team Penske’s Brad Keselowski led 29 laps of it, yet they both ended up being involved in a late crash, causing them to finish in 25th and 31st place, respectively.

Will Ryan Blaney make it two for two at the Charlotte Motor Speedway roval by winning the second NASCAR Cup Series race at the track this weekend? This race, the Bank of America Roval 400, is scheduled to take place this Sunday, September 29 at 2:30 p.m. ET, and it is set to be broadcast live on NBC.